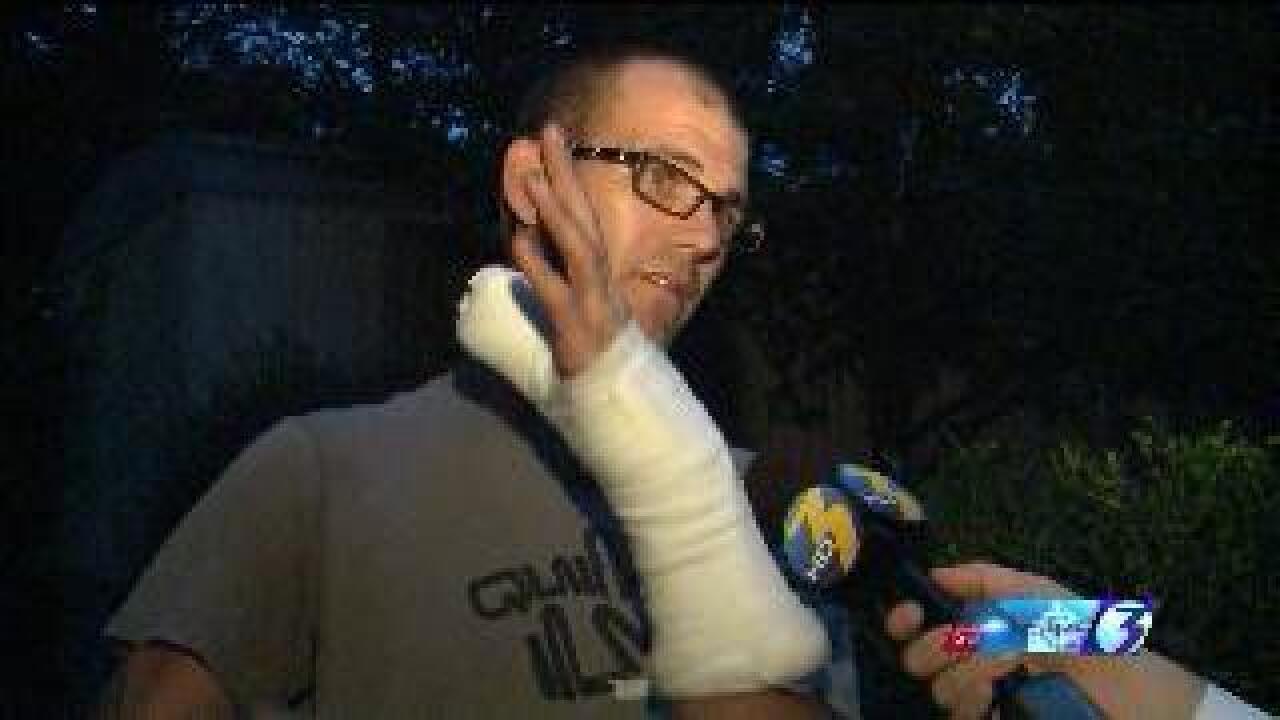 Currituck County, N.C. - Ricky Strong had four monkeys pounce on him, and one of them nearly bit off his thumb.

"I had to hit 'em and fight them off me and I went to run and get away and I actually face planted into that tree. And then I ran out of here bleeding running all the way down here and two of them come chase me running me all the way to my house."

The monkeys got loose midday Thursday from a Wedgewood shed.

Strong's hand is now in a cast, his shirt has claw marks in it, and his jeans are stained with his own blood.

And this all started because he gave one of the escaped monkeys an egg sandwich.

"He actually came to me and walked up my arm,” Strong explained.

Strong walked with the monkey back to the shed where the other three primates were.

Strong was about to leave and then a cat showed up.

"And when it did, the one monkey threw like a toolbox at the cat,” says Strong.

Then a dog got on a deck and started barking and all four of the monkeys jumped on Strong.

"So when you're being chased by monkeys down the driveway what are you thinking?" asked NewsChannel 3’s Reed Andrews.

"Not good. I got to get the hell out of here,” says Strong.

Strong escaped and now has a heavily bandaged left thumb.

"Bout ripped it off,” Strong says.

The monkeys' owner is Richard Shifflett.

Two of his monkeys were easily taken in by animal control, two more were tranquilized, one didn't survive.

"The one little monkey got shot right in the heart with a tranquilizer so it died instantly, but other than that, it's just monkeys got loose you know,” says Shifflett.

A dazed monkey was on its way to animal control Thursday afternoon.

Shifflett isn't facing any charges despite his four monkeys escaping from their cages, jumping on a neighbor and then biting his thumb.