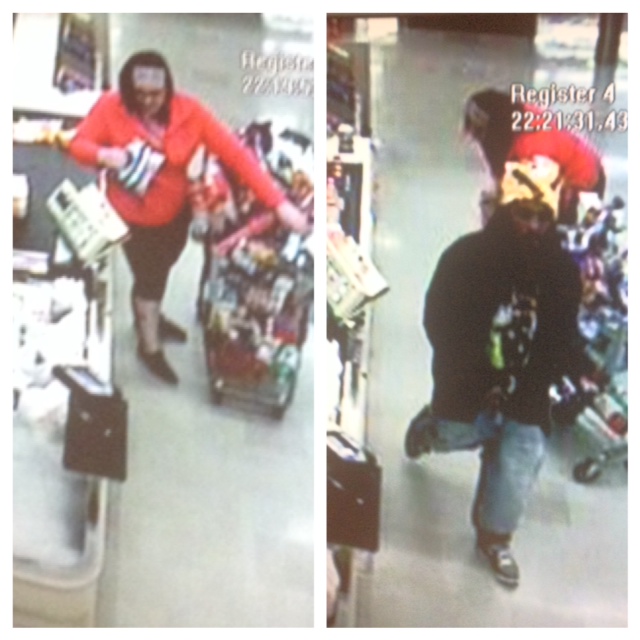 It happened on October 20, 2013. Around 10:30 p.m., two people entered the Food Lion store located in the Shady Banks Shopping Center at 2900 Hampton Hwy and used a stolen EBT card, according to Lt. Ivey.

The two suspects were seen on video surveillance using the card.

The first suspect is described as a black male, about 20-30 years old, with dread locks, last seen wearing a yellow head band, black jacket, and black shirt with a design on the front and blue jeans.

The second suspect is described as a black female, about 20-30 years old, wearing an orange shirt and black pants.

If anyone has any information on this crime, please call the Crime Line at 1-888-LOCK-U-UP.