Navy tests the X-47B aboard the USS Theodore Roosevelt

The event was the most-recent in a series of carrier-based tests of the autonomous drone, which began in December with flight deck operations aboard USS Harry S. Truman and continued in May and July aboard the USS George H.W. Bush.

NewsChannel 3’s Todd Corillo and photojournalist Megan Neeley were the only crew from Hampton Roads to land on the Roosevelt and witness the tests.

The aircraft performed precise touch and go maneuvers on the ship to generate data that characterizes the environment in close proximity of the carrier flight deck. The aircraft also took part in flight deck handling drills and completed arrested landing and catapult launches. 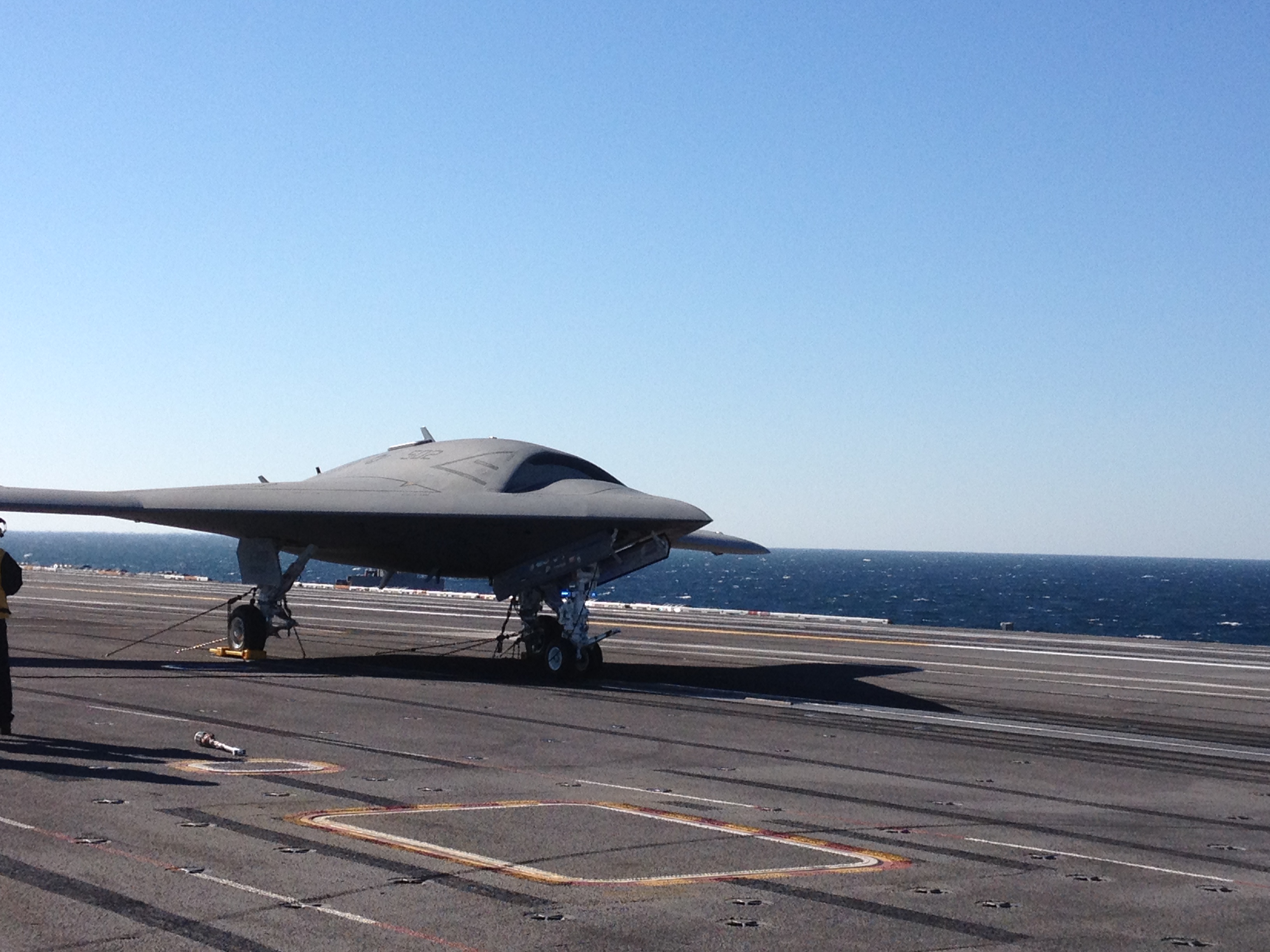