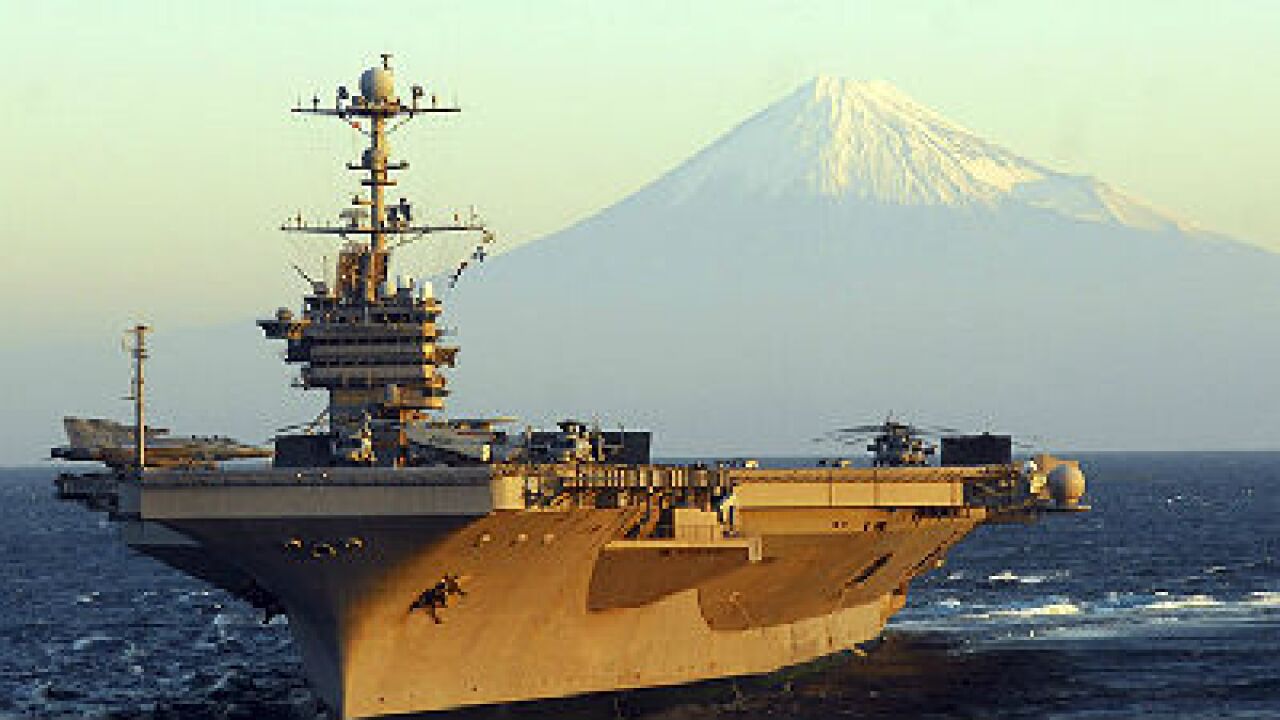 Secretary of Defense Chuck Hagel has ordered the aircraft carrier USS George Washington and other Navy ships to make best speed for the Philippines.

Latest on the relief efforts in the Philippines

The aircraft carrier, which carries 5,000 Sailors and more than 80 aircraft, is currently in Hong Kong for a port visit. The crew is being recalled early from shore leave and the ship is expected to be underway later this evening.

In company with the carrier will be the cruisers USS Antietam and USS Cowpens, and the destroyer USS Mustin. The supply ship USNS Charles Drew is already underway and will rendezvous with the group as they get closer. USS Lassen got underway yesterday for the region. Embarked on board USS George Washington, is Carrier Air Wing Five.

As needed, these ships and aircraft will be able to provide humanitarian assistance, supplies, and medical care in support of the ongoing efforts led by the government and military of the Republic of the Philippines.

The ships should be on station within 48-72 hours. The Defense Department is continuing to work closely with the Philippine government to determine what, if any, additional assets may be required.