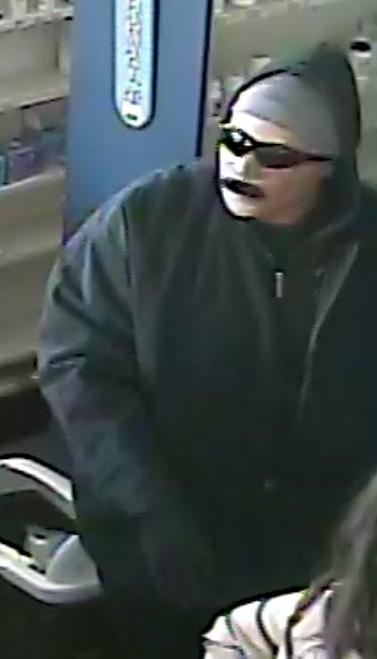 Nags Head, NC. – Police in Nags Head need your help to find a suspect who they say robbed Bear Drugs at gunpoint on Wednesday morning.

They say a man who is about 6′ to 6’4 and 220-250 pounds went into the store with a black handgun and demanded money and drugs. He was wearing a pale, white mask or make-up and a fake black mustache.

Police say he left the store in a late 1990s or early 2000s model, faded red minivan. They say it could be a Ford or a Dodge.