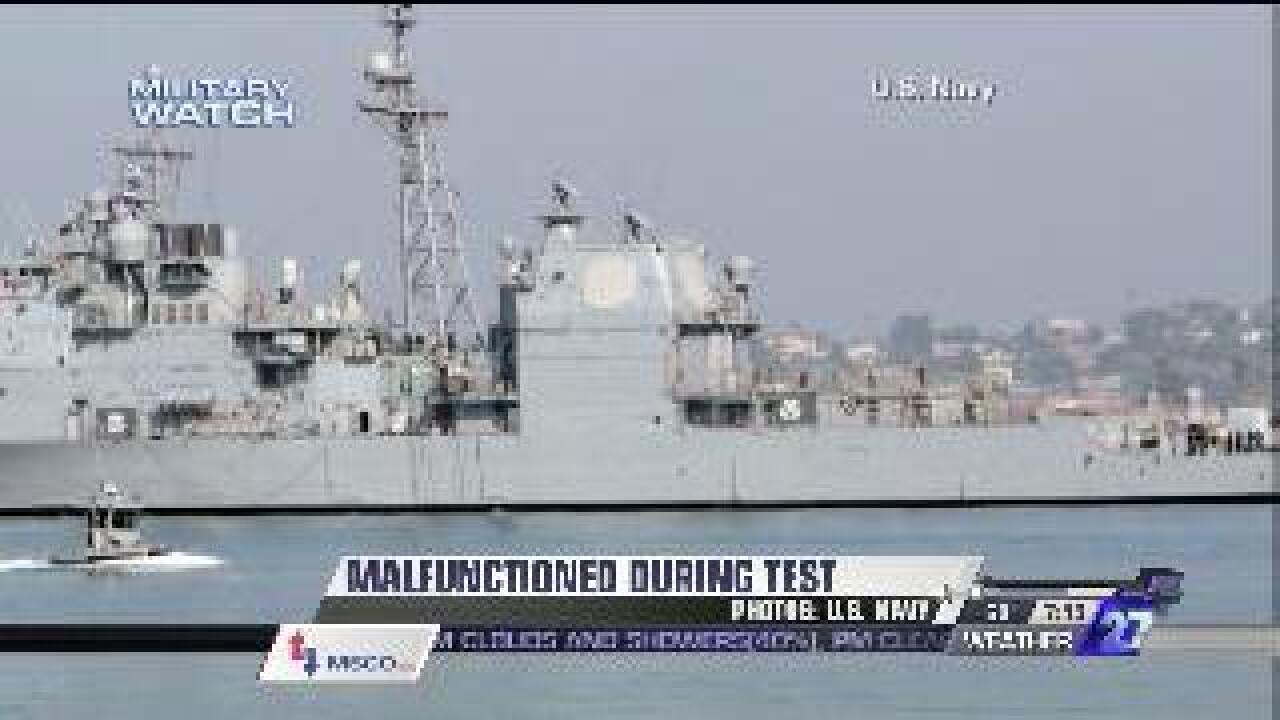 (CNN) - Two sailors were hurt when a drone malfunctioned and crashed into a guided missile cruiser off the coast of Southern California.

The sailors were treated for minor burns in the Saturday afternoon incident, said Lt. Lenaya Rotklein of the U.S. Third Fleet.

The ship, the USS Chancellorsville, was testing combat weapons system off the coast of Point Mugu.

The drone was being used to test the ship's radar tracking when it malfunctioned, veered out of control and struck the cruiser, she said.

The ship suffered some damage and will return to San Diego for assessment.

The Navy is investigating the cause of the malfunction.