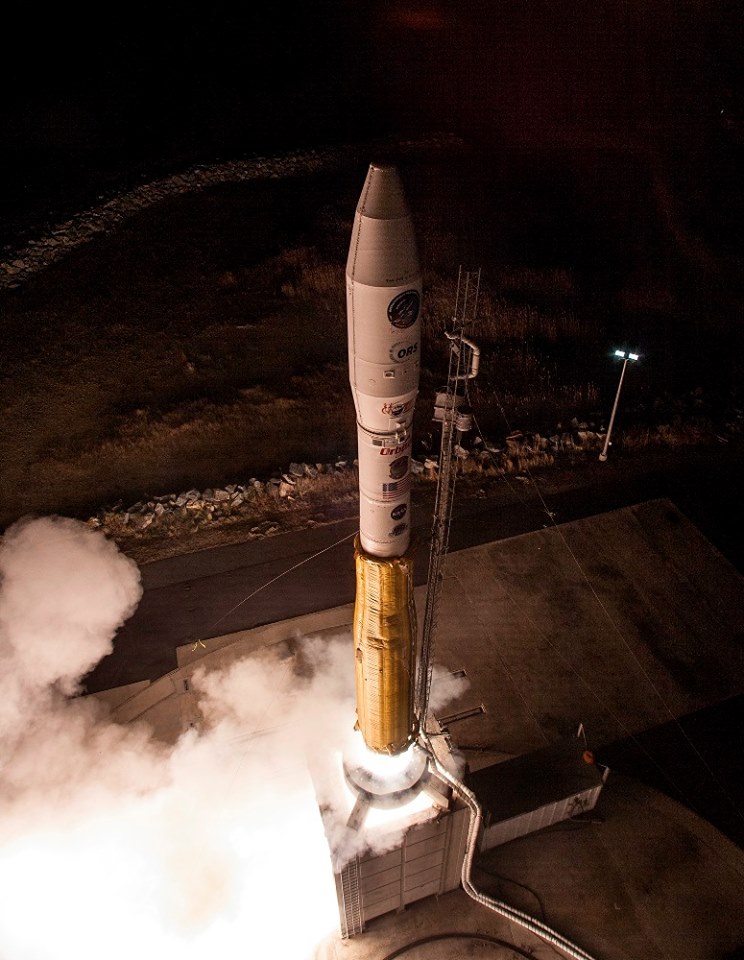 Wallops Island, Va. – An Air Force Minotaur I rocket lifted off into the night sky at 8:15 pm Tuesday from NASA’s Wallops Flight Facility.

The launch was the second of a Minotaur from Wallops in the last three months, and set a record of 29 satellites launched from a single rocket. The entire process, from ignition to delivery of the satellites in orbit, took a little less than 12 1/2 minutes.

The next launch from Wallops will be a December 15th night launch of an Antares rocket on a supply mission to the International Space Station.

The primary payload for Tuesday’s Minotaur mission was the U.S. Air Force STPSat-3 spacecraft, a mission that will demonstrate and validate launch and range improvements for NASA and the military. The launch also was part of the Federal Aviation Administration’s certification process for the Minotaur rocket.

In addition, the rocket deployed 28 cubesats and carry two non separating tertiary payloads. Among the cubesats launched was TJ3Sat, the first satellite built by high school students to be launched into space. Also among the cubesats was NASA’s Small Satellite Program PhoneSat 2 second generation smartphone mission.

The Minotaur I is a four stage rocket capable of boosting up to 1,300 lbs. into low-Earth orbit. It combines two commercial upper stage motors and other technologies from Orbital Corp. with two government-supplied lower-stage rocket motors.