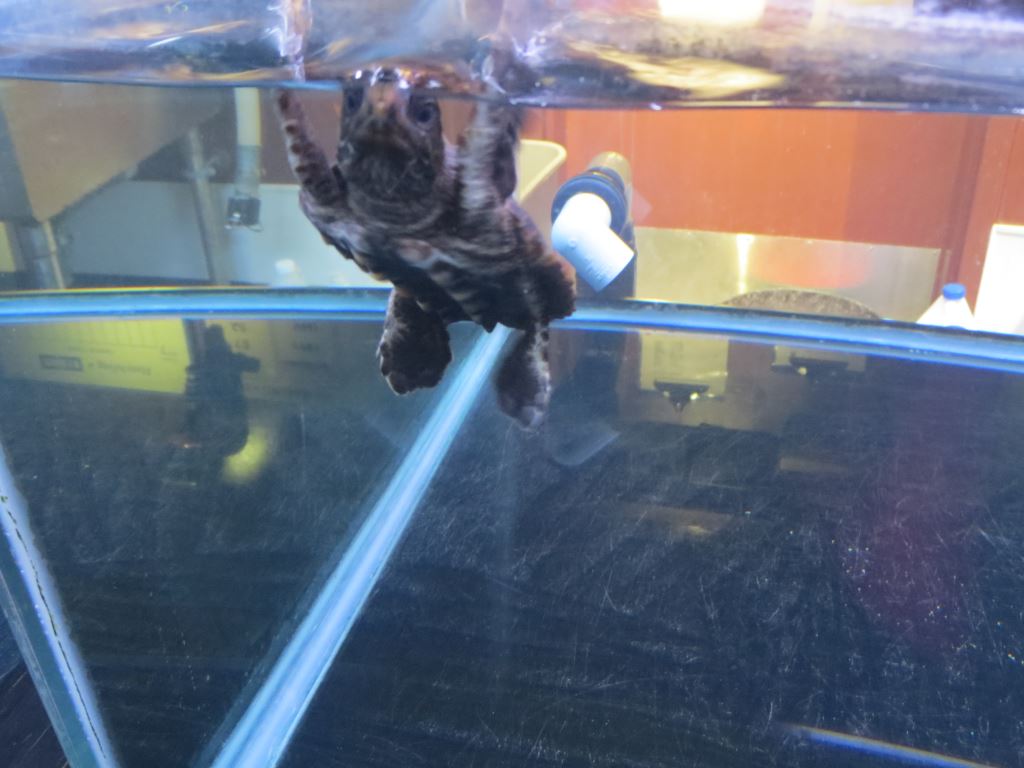 The staff welcomed four loggerhead sea turtle hatchlings to the Sea Turtle Nursery exhibit, which has been empty for 15 days now as employees prepared for their arrival. The turtles were hatched from a nest that was relocated at Back Bay National Wildlife Refuge back in August. They were only .04 pounds and about as big as two AA batteries when they first arrived. Right now, they are a little over one pound. They will be monitored closely and they will participate in swim studies with ODU researchers.

Just as the hatchlings are coming in, four others that have been raised to yearling status will be leaving. They were taken from the nursery and put into a special holding aquarium where they learned how to swim and get food.

They will be taken to Williston, N.C. From there they will be transported to Morehead where the Coast Guard will take them to the Gulf Stream on Friday.