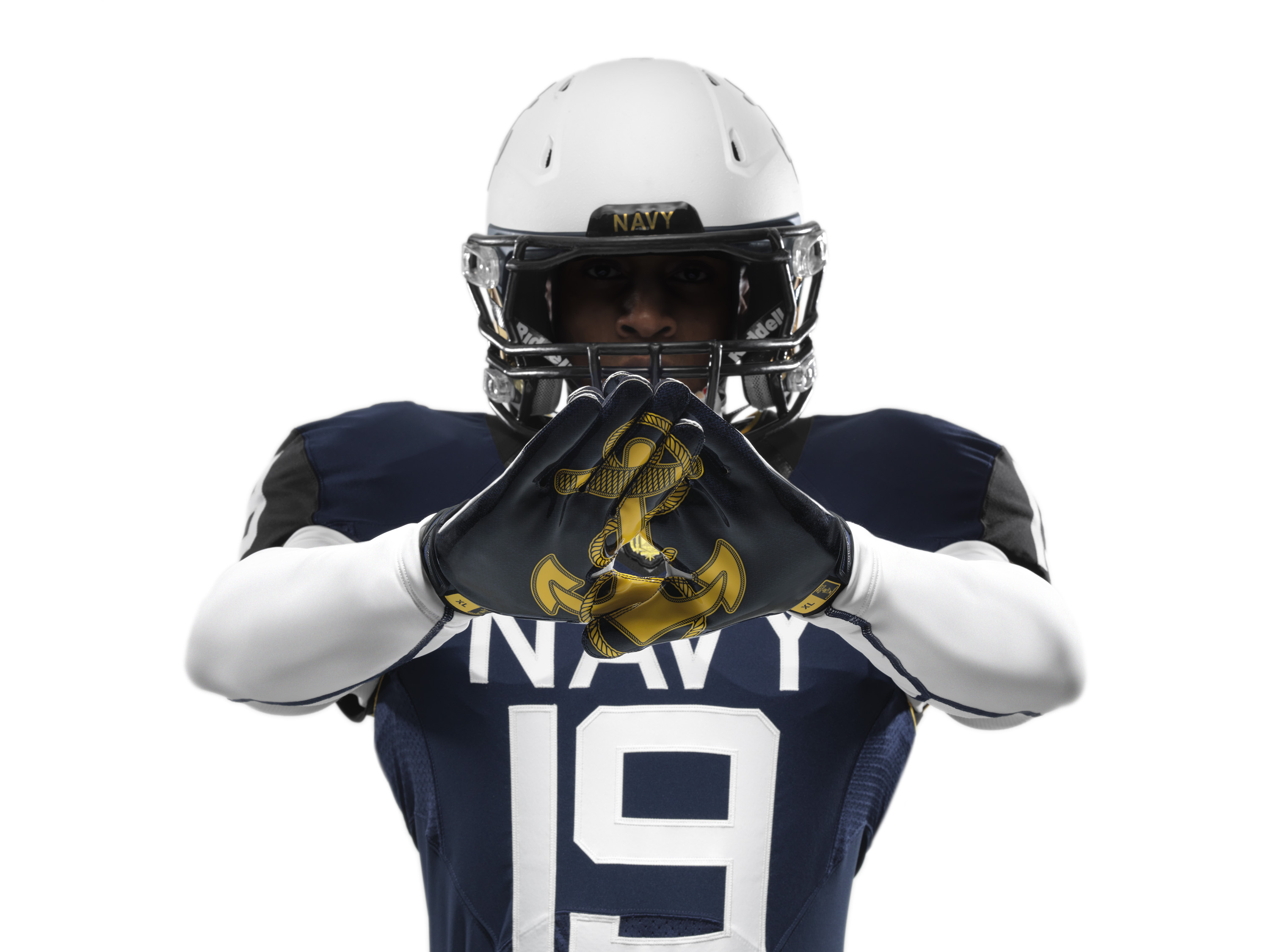 Norfolk, Va. – Nike has unveiled the Navy’s uniforms for the 114th Army-Navy game on December 14th.

The Nike Pro Combat uniform starts with a burlap-patterned base layer emblazoned with “Don’t Give Up the Ship.”

The saying was the last command of Capt. James Lawrence, commander of the frigate Chesapeake, who died of wounds from small arms fire during the War of 1812.

Not long after Lawrence’s death, Commodore Oliver Perry would fly a flag with that quote during the Battle of Lake Eerie, one of the decisive naval battles of the War of 1812. That flag is now on display at the US Naval Academy.

According to Nike, the game helmet was inspired by the officer’s cover. On the rear, the helmet also features a Navy jack, also known as the “Don’t Tread on Me” flag.  Below that, a series of Navy signal flags spell out BEAT ARMY.

The Marine Corps insignia is found on the hip of the white uniform pants.

The Military Academy’s Black Knights will also sport the War of 1812 theme, paying tribute to Gen. Winfield “Fuss and Feathers” Scott, who is remembered as much for his obsession with proper uniform wear as leading the first American ground battle win during the war of 1812.

As the away team — though the game is at a neutral field — Army will don a white-and-grey uniform that honors the legacy of General Winfield Scott, nicknamed “Old Fuss and Feathers” due to his commitment to formal military dress. Scott was the longest-tenured general in the history of the U.S. military, and is especially known for leading his company of soldiers to a victory over the British in battle in the War of 1812, the first U.S. victory on open ground.

As an homage to General Scott, Army will wear the same color of grey that he wore on that summer day in 1814 on its redesigned base layer and uniform pants. The base layer, meanwhile, embraces elements of the West Point crest — on one sleeve olive branches, representative of peace; on the other, oak leaves, conveying strength.