Comet ISON shows signs of life after encounter with sun 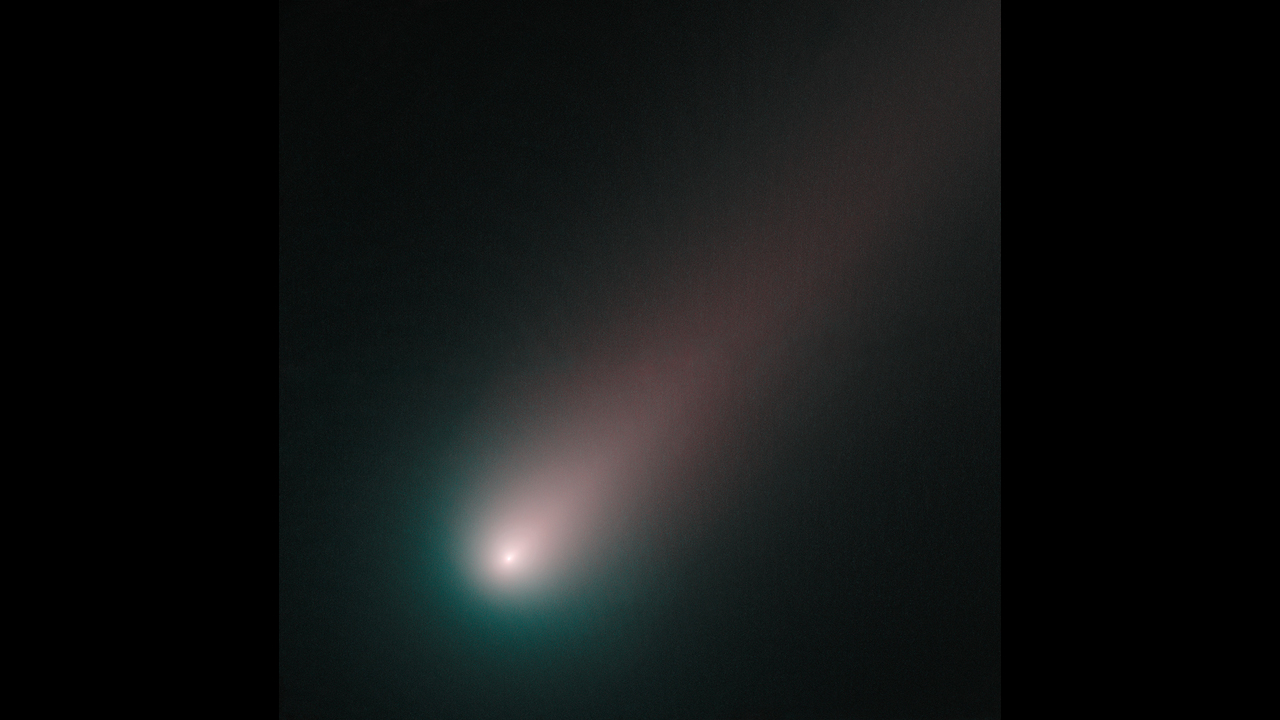 (CNN) – Hold the obituary. Experts now think Comet ISON – or at least part of it – survived its close encounter with the sun.

Karl Battams, a comet scientist for the Naval Research Laboratory, said it is believed some parts of ISON’s nucleus survived perihelion.

“It now looks like some chunk of ISON’s nucleus has indeed made it through the solar corona, and re-emerged,” he said. “It’s throwing off dust and (probably) gas, but we don’t know how long it can sustain that.”

However, he said, its fate is uncertain.

“Now it has emerged and started to brighten, we need to observe it for a few days to get a feel for its behavior,” Battams said.

A fleet of spacecraft watched ISON plunge toward the sun, including NASA’s STEREO satellite, the European Space Agency/NASA SOHO spacecraft and the Solar Dynamics Observatory.

Comets are giant snowballs of frozen gases, rock and dust that can be several miles in diameter. When they get near the sun, they warm up and spew some of the gas and dirt, creating tails that can stretch for thousands of miles.

ISON — officially named C/2012 S1 — was 585 million miles away at the time. Its amazing journey through the solar system had been chronicled by amateur astronomers and by space telescopes.

“From the beginning, ISON has confused, surprised and amazed us, and in hindsight its latest little escapade really should not shock us,” Battams said. “Nonetheless, this has been one of the most extraordinary comets we have ever encountered, and just goes to reiterate how beautiful, dynamic and exciting our universe is.”

Observers have been watching the comet for more than a year, hoping it would survive its sunbath and emerge to put on a sky show, visible to the naked eye in the Northern Hemisphere.

Earlier Thursday, NASA scientists had pretty much declared ISON dead at the end of a Google Hangout to watch the comet swing by the sun. But professional and amateur astronomers were undeterred by the reports and kept analyzing NASA satellites. They found images that clearly show something emerging from the sun.

“What we see here is the dust tail emerging first, pointing away from the sun,” said Padma Yanamandra-Fisher with the Space Science Institute and a member of the ISON Observing Campaign.

A video made by observing campaign member John Maclean shows the comet slicing toward the sun and then something — apparently ISON — emerging from the other side. Maclean is a fellow of the Royal Astronomical Society at Norman Lockyer Observatory Sidmouth in Devon, England.

The discovery stunned many in the comet-watching community and led some to nickname ISON the zombie comet.

Others repeated an old joke about comets and cats.

“Comets are like cats; they have tails, and they do precisely what they want,” David H. Levy said.

This comet also seems to have something else in common with cats — nine lives.