The Currituck County Sheriff’s Office has arrested one person and is still searching for two people after a break-in at the Currituck BBQ Company was reported Monday morning.

The investigation determined that three people forcibly entered a side door and removed a safe from the office area.

Surveillance video shows one woman and two men leaving the business around 1:00 a.m. with one of the men carrying the safe full of the weekend's deposits.

The suspects appear to be 20-30 years old. The female appears to be Caucasian, short and slightly built wearing a unique coat. One of the males appears to be African- American and has a goatee and possible cornrows. Race of the other male is not yet determined.

The man seen carrying the safe from the restaurant was arrested Thursday in Rockingham County, NC.

Brian Anthony Powell, 27, of Kill Devil Hills, was arrested shortly before 8:00 p.m. and charged with felony breaking and entering, felony larceny, and safecracking.

Paul Robinson runs the Currituck BBQ Company and says he believes the arrest happened quickly because the community stepped in.

The two other people seen in the video are still at large. It's still unknown if it was an inside job done by people Paul and his family know.

Paul is currently installing extra security cameras and has bolted the new safe to the ground.

Anyone with information on the other suspects is asked to contact the Currituck County Sheriff’s Office at 252-453-8204. 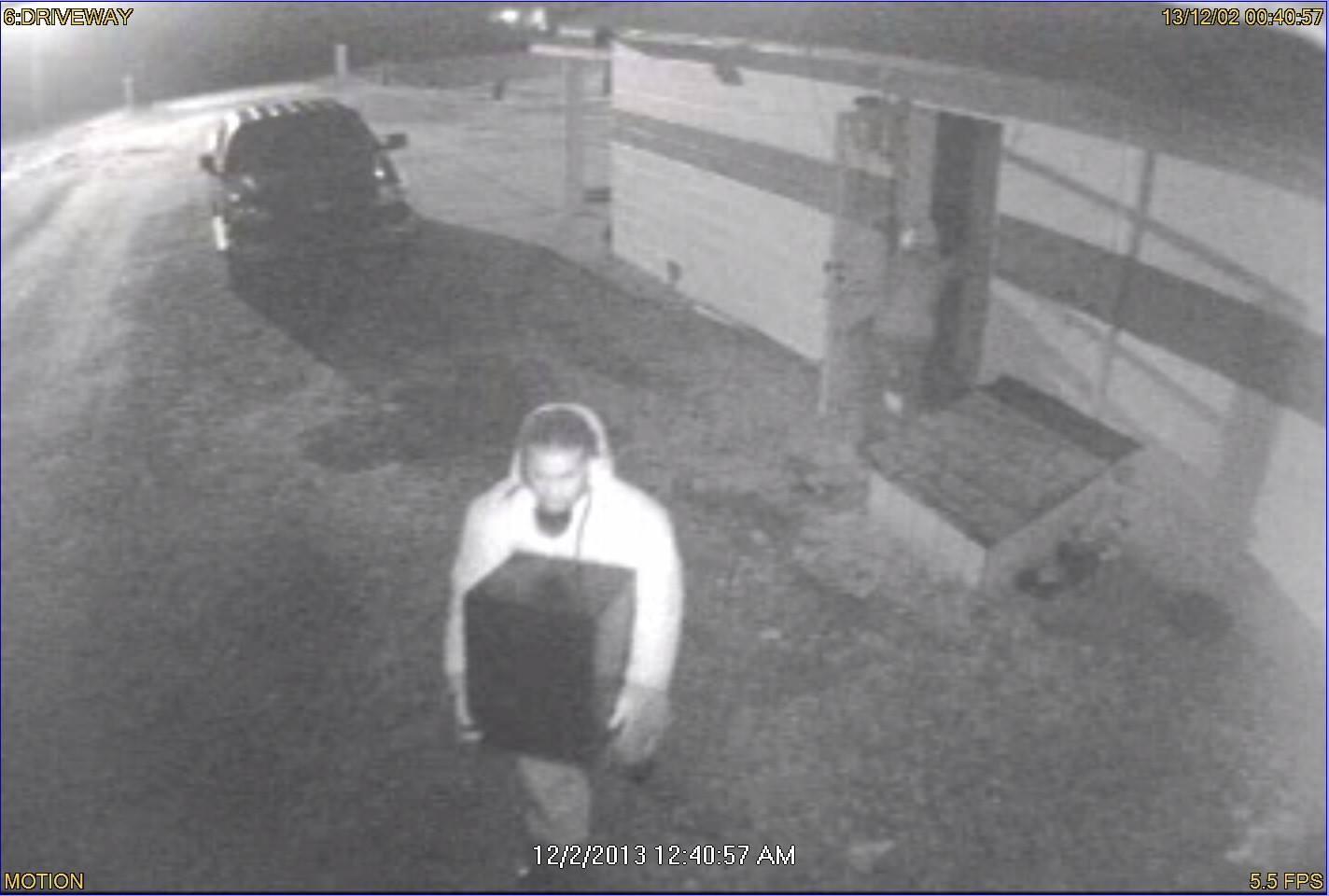