Antares rocket will launch from Wallops no earlier than January 7th 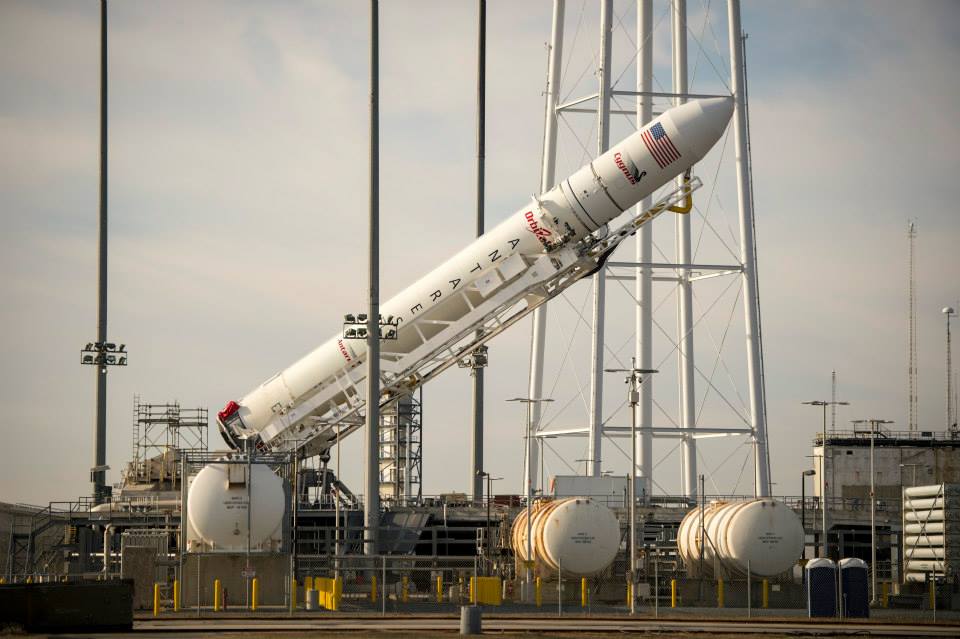 NASA and Orbital Sciences Corp. have announced the next Antares rocket launch from Wallops Island will happen no earlier than January 7th, earlier than they initially estimated.

Should the rocket launch then, the Cygnus cargo capsule would berth at the International Space Station in the early morning hours of Jan. 10.

The launch date will continue to be evaluated as NASA proceeds with spacewalks by the station’s crew to replace a cooling pump aboard the orbiting complex.

Following the postponement of the originally targeted Dec. 19 launch, Orbital’s Antares team rolled the rocket off the launch pad and back to the Horizontal Integration Facility at Wallops.

The time sensitive payloads that were on Cygnus were removed and will be “refreshed” by the payload provider and returned for reloading into Cygnus.

That operation would take place on Jan. 3. Rollout to the launch pad would occur on Jan. 4 to meet a Jan. 7 launch.

The Cygnus cargo craft will be filled with 2,780 pounds of supplies for the station, including vital science experiments to expand the research capability of the Expedition 38 crew members aboard the orbiting laboratory, crew provisions, spare parts and experiment hardware.

Also aboard the flight are 23 student experiments that will involve more than 10,000 students on the ground.