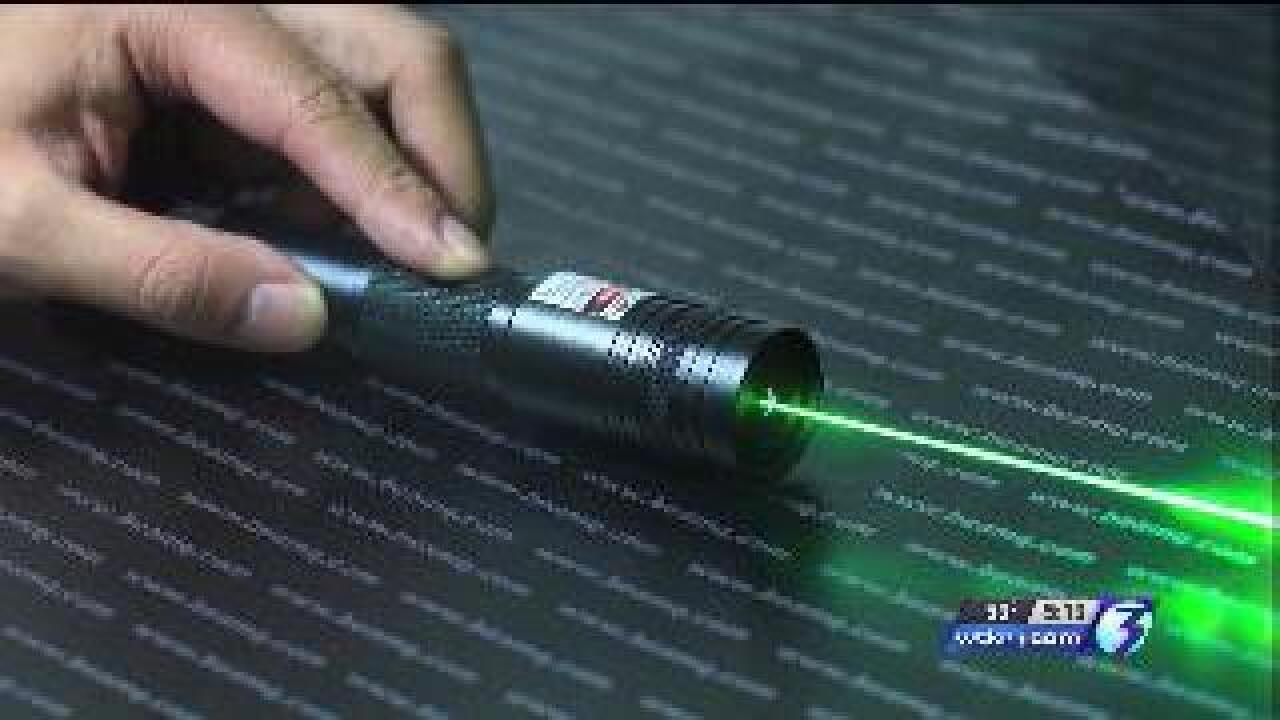 Oceana jet pilots endured a rash of lasers shining into their aircraft a couple years ago.

But NewsChannel 3 has learned another spike in this dangerous behavior recently hit military planes at Naval Station Norfolk.

Two summers ago, people on Oceanfront hotel balconies were so regularly lighting up jets with lasers that pilots went public with a plea to stop it. Navy commanders pushed for new laws that made pointing a laser at an aircraft a crime.

But this fall in Norfolk, military airplanes have been targeted at least three times. That's the same number of times they suffered in the entire previous year.

Each time, according to federal records, the pilots were on a final approach to Runway 28.

Laser incidents are so common that the Federal Aviation Administration now keeps a database. While most of the attention was on jets at the Oceanfront, federal records show in the past three years both military and civilian airplanes over Norfolk were menaced more than the jets at the Beach.

Federal records show in most cases these lasers are not damaging the pilot`s eyes, but since these airplanes are being hit with lasers at one of the most crucial parts of flight, the landing, any distraction in the cockpit can be extra dangerous.

Navy base officials say federal agents launched an investigation, trying to track down the person, or the people, targeting the jets flying over Ocean View and into the Naval Station. These records show a fourth Navy aircraft was also hit during in the same time period as it flew south of Fentress.