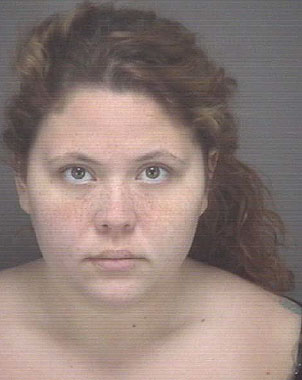 Related: One arrested after marijuana, mushrooms and guns seized in Kitty Hawk raid

During their search officers found a quantity of marijuana and drug paraphernalia and two stolen firearms.

– 25-year-old Raul Lupercio Jr. was charged with Possession of a Firearm by Felon and Manufacturing Marijuana. He was committed to the Dare County Detention Center in lieu of $60,000 bond.

– 21-year-old James E. Williams III was charged with Manufacturing Marijuana and is in the Dare County Detention Center in lieu of $25,000 bond.

– 20-year-old Cynthia Lynn Gambrell was charged with Manufacturing Marijuana and is in the Dare County Detention Center in lieu of $25,000 bond.

– 20-year-old Ashley Michelle Ortega was charged with Manufacturing Marijuana and was released on $25,000 bond.

“Once again, I congratulate Lt. Kevin Duprey and the members of the Dare County Narcotics Task Force on a job well done,” said Sheriff Doug Doughtie.

“Through their efforts and those of our Law Enforcement Partners, we are working to keep Dare County a safer place to live and work.  I encourage citizens to continue to send information to us through the Dare Community Crime Line at 252-473-3111 or at the Sheriff’s