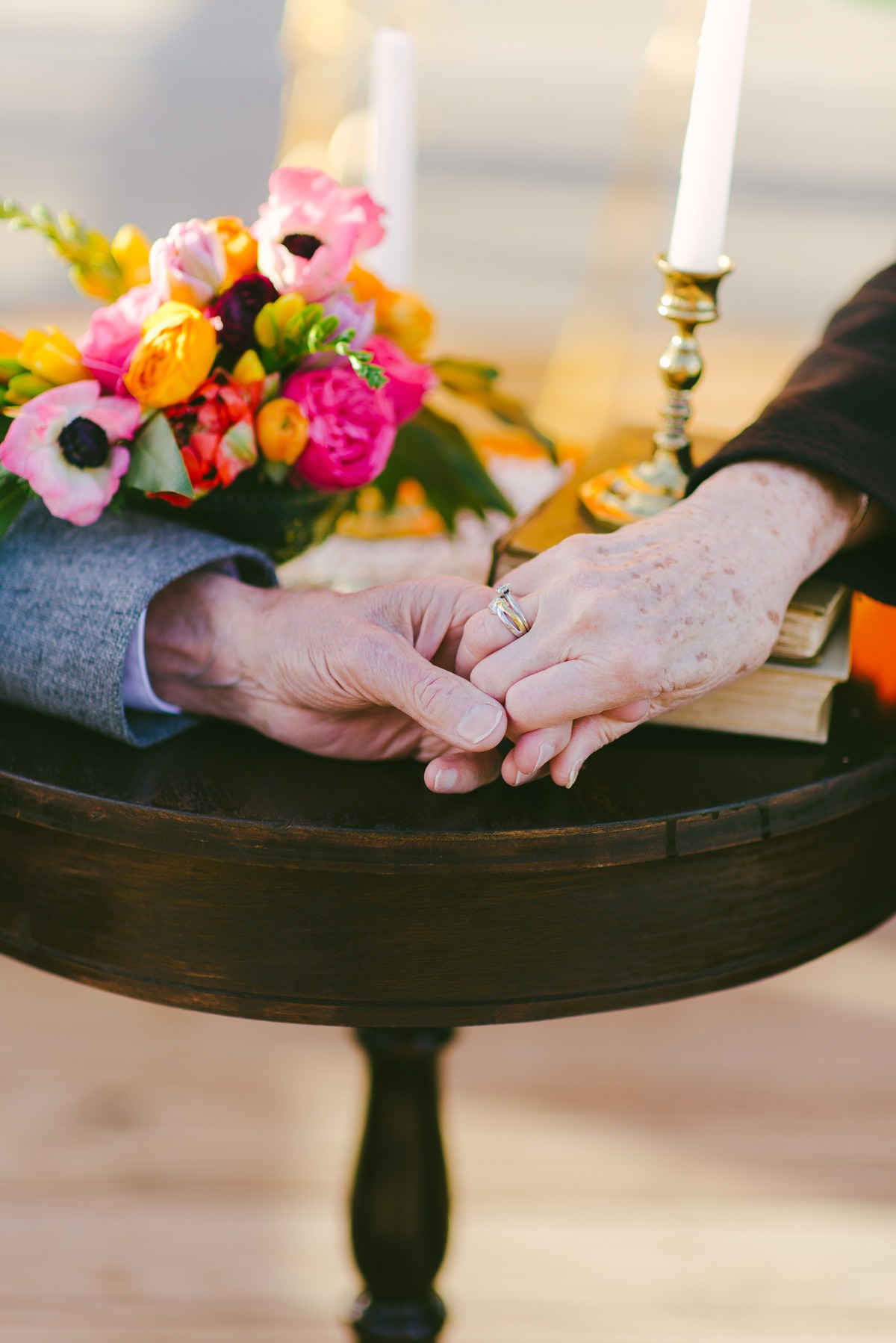 Event planner Lauren Wells wanted to give her grandparents something special for their 61st wedding anniversary – the photos they never had a chance to take.

The session was inspired by Pixar’s Up.

Wells told Style Me Pretty that the couple, known affectionately as Nina and Gramps, have only one photo from their wedding day because their photographer stood them up.

Wells worked with Cambria Grace of Cambria Grace Photography to put together the shoot and enlisted the help of Wild Folk Studio to supply flowers, and Becky Brackett of Pop & Circumstance to supply vintage props.

Wells told Mashable that her favorite moment of the shoot came when the couple, balloons in hand, turned their backs to the camera and took a walk together.

“Up until that point, we had been moving pretty quickly to get all the shots in, as angry pedestrians were less than enthused we were on the public bridge,” she said.

“When Nina [and] Gramps held the balloons, and each other, and started to walk away, it was just the sweetest thing. Everything slowed down, and it brought tears to our eyes.”