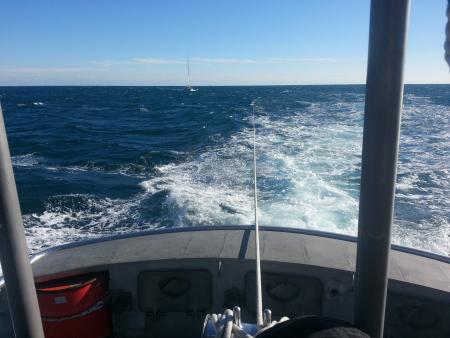 A crew was dispatched aboard a 47-foot Motor Life Boat from Oak Island.

The crew arrived on scene with Emmanuel at approximately 5:45 a.m. and placed the sailboat in tow.

Due to the 14-foot sea state and winds in excess of 30 knots, the MLB crew was only able to tow the sailboat at a speed of two knots.

The second MLB crew towed the Emmanuel into the Masonboro Inlet, where a Tow Boat U.S. crew took over the tow and moored the sailboat at Seapath Marina in Wrightsville Beach at approximately 4 p.m.