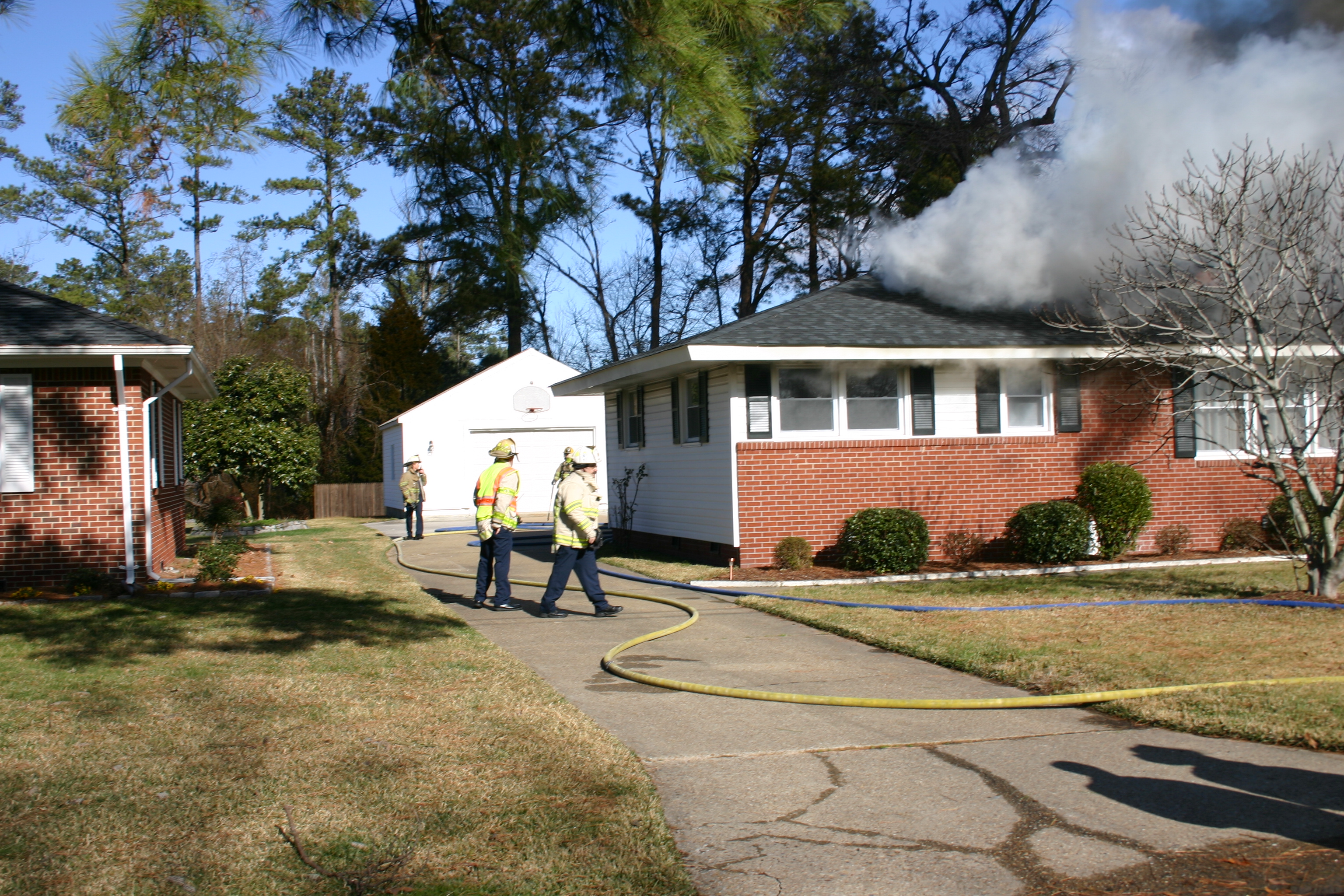 Firefighters arrived on scene and reported heavy smoke and flames coming from the home. They say they could hear the smoke alarms as they approached.

The home was searched while crews attacked the fire.

High winds were driving the smoke and flames toward a nearby home. Additional hoselines were deployed to protect the other nearby structures.

No one was home at the time of the fire. Two adults have been displaced as a result. They will receive assistance from the Red Cross.