And liftoff of #Orb1 headed to the #ISS   pic.twitter.com/GnpxjMxLcY

The rocket is carrying Orbital’s Cygnus cargo spacecraft to the International Space Station.  The mission is the first of eight cargo delivery missions by Orbital for NASA scheduled over next three years under a $1.9 billion contract.

The Cygnus cargo craft is scheduled to rendezvous and berth with the space station early Sunday morning.

The launch, originally scheduled for December, was delayed as astronauts aboard the space station replaced a leaky cooling pump during a pair of spacewalks.

Wednesday afternoon's attempt was scrubbed due to high levels of radiation in space following a large solar flare.

The Cygnus cargo craft is filled with 2,780 pounds of supplies for the station, including vital science experiments to expand the research capability of the Expedition 38 crew members aboard the orbiting laboratory, crew provisions, spare parts and experiment hardware.

Also aboard the flight are 23 student experiments that will involve more than 10,000 students on the ground. These experiments will involve life sciences topics ranging from amoeba reproduction to calcium in the bones to salamanders.
Previous:
Antares rocket successfully launches from Wallops Island
Watch: Time lapse of Antares rocket rolling to the launch pad at Wallops 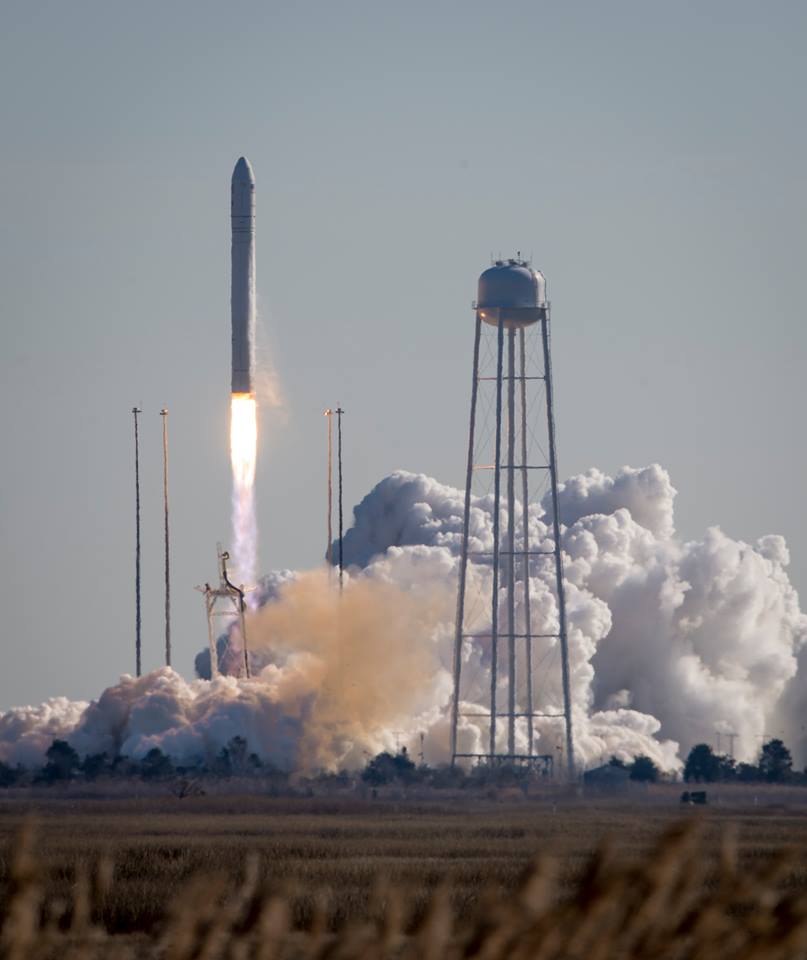