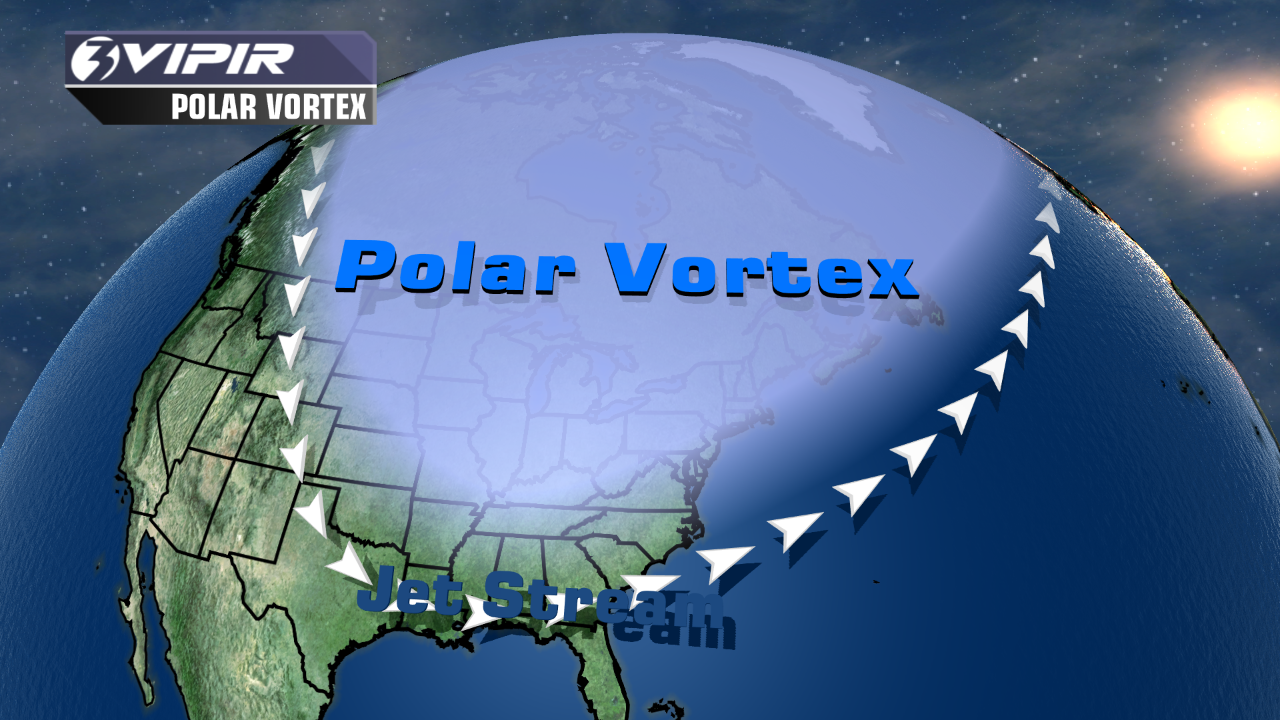 Most of the U.S. was blasted with frigid weather the weekend and now it’s moving east. The huge temperature changes are associated with a “Polar Vortex”… What is it? How did it get here? When is it going away?

A “Polar Vortex” is basically a large pool of extremely cold air over the poles that extends thousands of miles up in to the atmosphere. Think of it like a big cold air cyclone spinning over the poles. In the Northern Hemisphere, the Polar Vortex usually stays well north of the continental U.S. and only impacts Canada and Alaska.

You can see the temperature plunging south across the central U.S. in today’s high temperature map.

Several factors “pushed” or allow the cold air to moves south this go round. Warmer air surged north off the Pacific coast toward Alaska. That

So how long it will stay? Luckily for us, not very long. Our weather tends to be very back and forth… so as the pendulum swings wildly in one direction, it will do the same in the other. Remember just before Christmas, when we had highs in the 80s…