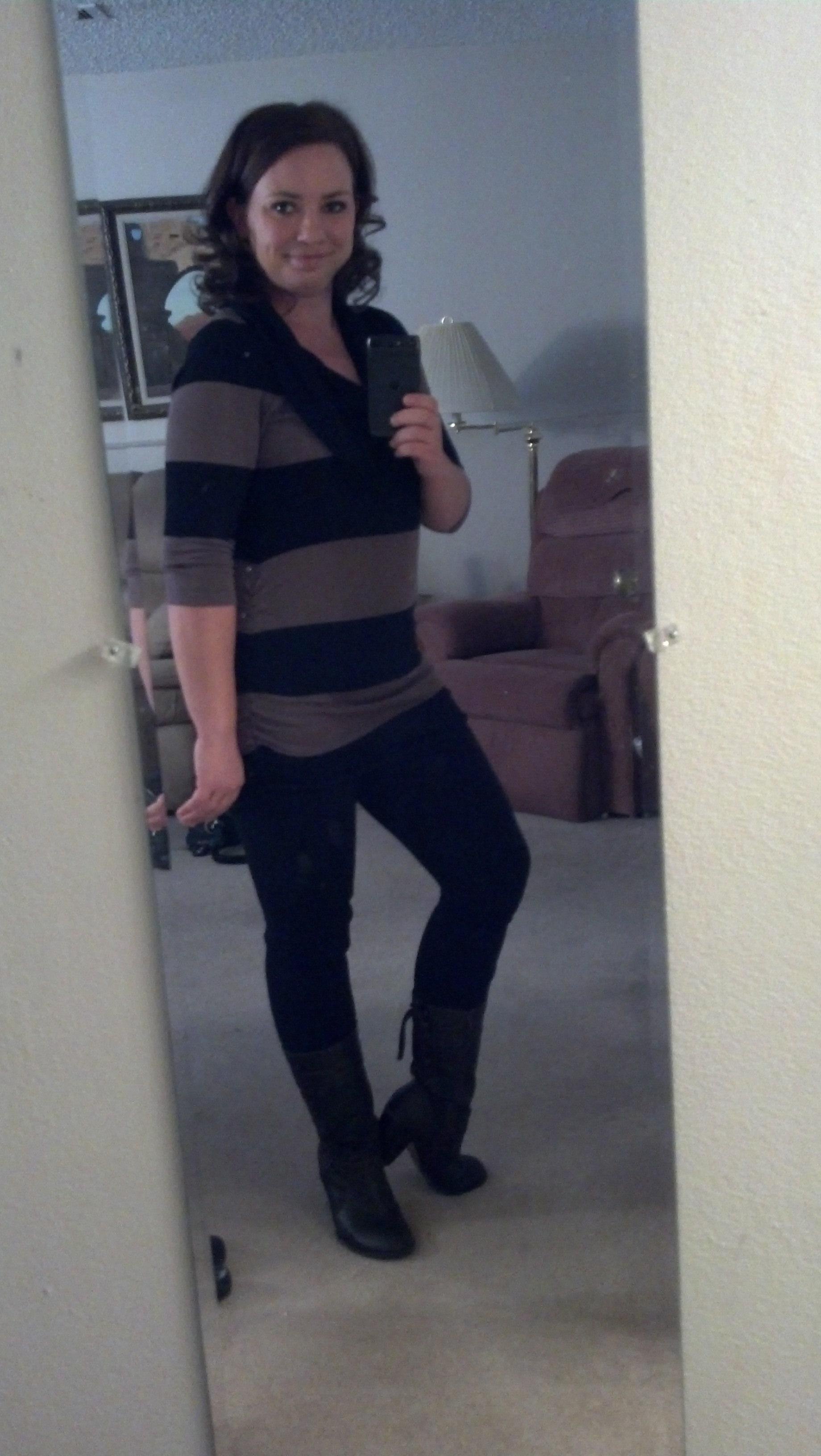 (CNN) — With the one-track mind of a 6-year-old, Logan interrogated his mother, Jenny Spencer.

Why are the other moms skinnier than you? he asked at the park.

If you took weight loss pills, would you be skinny? he wondered during a TV infomercial.

Spencer brushed off his questions. He was 6 and curious about the world around him. She was exhausted, trying to care for two young boys and her husband, who had chronic health issues. Her own health had fallen to the bottom of the to-do list.

But Logan’s last question hit her like, well, the elephant in the room.

If you got skinny, would you be able to play with me?

“My heart broke,” Spencer wrote on iReport. “And from that moment forward, I began the transformation into a healthier lifestyle for my children.”

When Spencer stepped on the scale in June 2012, the number 200 came as no surprise. More than a dozen people had asked her over the past few years whether she was pregnant. Two had rubbed her belly when there was no baby at all.

The extra weight caused pain in Spencer’s hips when she walked, and the doctor warned that she was on the verge of type 2 diabetes.

She had tried dieting after her second son, Brody, was born. Weight Watchers helped her drop 10 pounds, but she quickly gained 20 back. Her sister, “a health nut,” encouraged her to try different cleanses. All left her feeling like a failure.

She was depressed, anxious and overwhelmed.c

“You know, I started every Monday dreaming I could change my life,” Spencer remembered. “It was nearly a decade of that.”

Logan’s question made her realize she was missing her sons’ lives — and her own.

Spencer started counting calories, keeping her daily total under 1,500. She also began going on short walks around the block and parked her car in the farthest spot from the grocery store door.

A few months later, Spencer and her husband separated. But instead of using food to cope with the rush of emotions as she once would have, Spencer turned to exercise.

“I used that as more motivation to stay healthy for the boys,” she said. “My goodness, if I’m going to have to do this on my own and be an example for them, I have to be strong.”

Working out was difficult at first; the pain in her hips prevented her from moving very far, very fast. But over time she joined a walking club at work and started strength training one or two days a week.

She focused on losing just 5 pounds at a time, because the thought of losing 60 pounds to reach a healthy BMI was intimidating. Reaching each smaller goal inspired her to keep going.

“When you’re that heavy, you feel like you’ve lost hope,” Spencer said. “When you finally reach your goal, it’s the most amazing thing.”

Every Sunday, the Spencer family goes on a 10-mile bike ride near their home in Aurora, Colorado. They eat no-sugar cereal and skim milk for breakfast, Lean Cuisine meals or veggie smoothies for lunch, and lean protein with vegetables and brown rice for dinner. Water is Spencer’s “secret weapon.”

Her diet has become a lifestyle. She’s careful about what she eats but allows herself treats in moderation. Deprivation is not the way to keep the weight off, she knows.

Spencer’s energy is up, and her pain is gone. But the happiness she feels can’t compare to the joy on her sons’ faces when she joins them on the playground.

“I am able to take my kiddos to the park and actually play with them instead of sitting on the sidelines.”