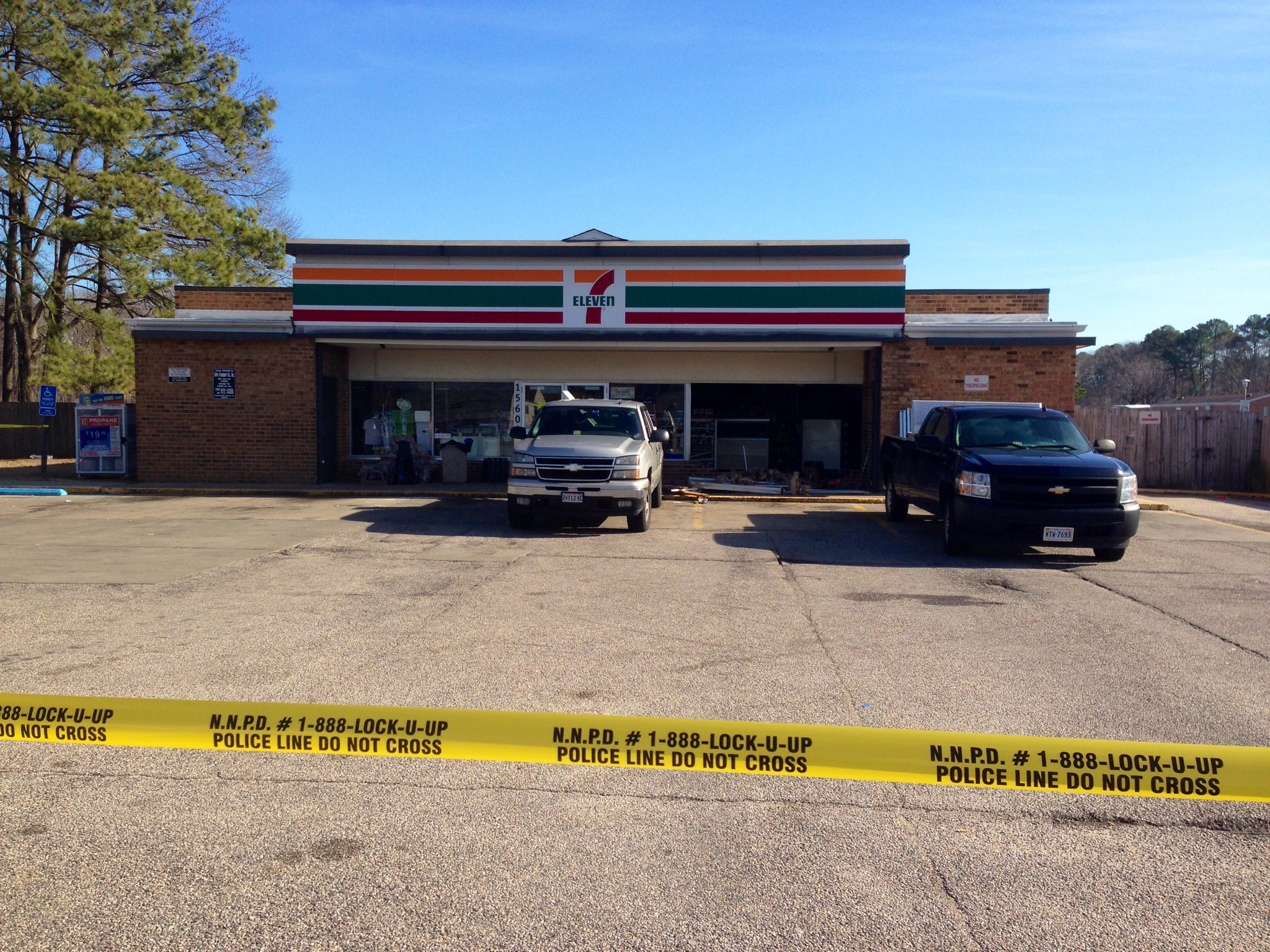 Newport News, Va. – A 60-year-old Newport News woman has been taken to the hospital with injuries after police say she drove her vehicle into a 7-Eleven store.

Emergency officials received calls about the incident at 8:20 a.m. on Thursday morning.

They say the woman was driving a 2008 Lexus sedan. She drove the vehicle into the 7-Eleven store at Warwick Blvd. and Merry Oaks Drive.  Officials say most of the car was inside of the building.

They say the woman’s injuries did not appear to be life-threatening.  No one else was injured during this incident.

Officials are still investigating this case and no charges are pending.

NewsChannel 3 will continue to post more updates as we learn more.