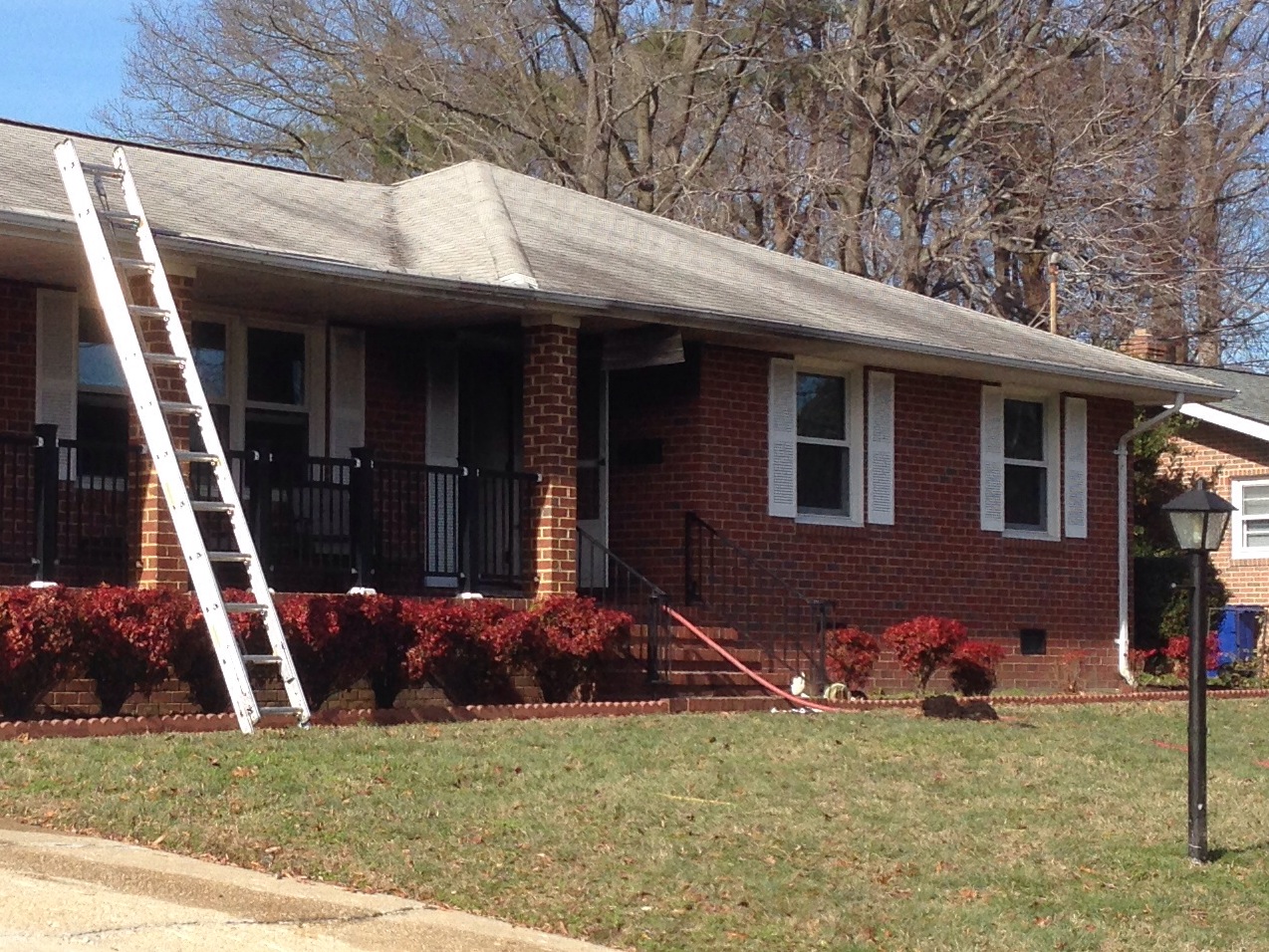 Newport News, Va. – Fire crews responded to a house fire on Arline Drive in the north end of the city Thursday morning, according to Battalion Chief Carper. That’s near Roosevelt Drive and Lakeshore Drive.

The call came in at 9:02 a.m. Fire crews arrived at 9:06 a.m. to find smoke and flames showing from the single story residence.

Firefighters entered the structure and began an aggressive interior fire attack and a search for occupants.

The occupants were not home at the time of the fire.

The fire was declared under control at 9:18 a.m.

The fire spread to the attic area of the structure, causing moderate damage. Due to the extent of damage the structure has been condemned.

One firefighter suffered minor injuries during overhaul operations. While searching for hot spots, the firefighter fell through a weakened section of floor. The firefighter was treated for bruising at the scene.

The American Red Cross is assisting the family. One adult and two young children have been displaced as a result of the fire.

The cause of the fire has not been determined.

Investigators are working to determine the cause of the fire at this time.