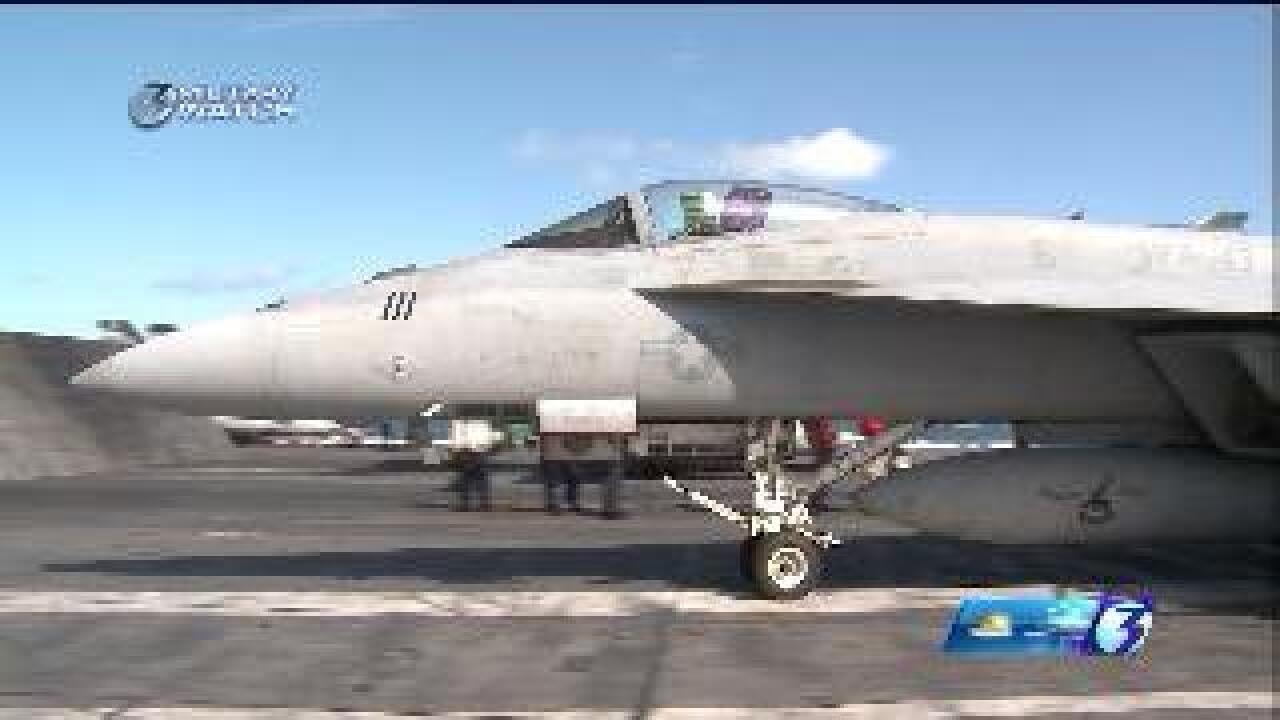 UPDATE:The F/A-18 pilot who was injured after he ejected from his Navy F/A-18E Super Hornet was initially listed in critical condition but has now been upgraded to stable.

He has been taken to Navy Medical Portsmouth for more treatment.

off the coast of Virginia Beach around 2:30 p.m. on Wednesday.

The jet was from Strike Fighter Squadron 143 (VFA-143) attached to Carrier Air Wing Seven at Oceana Naval Air Station. It was conducting routine training at the time of the crash.

The Navy says the single pilot was able to eject the aircraft before the crash. He deployed a life raft and was recovered by a good samaritan fishing vessel before being taken to Sentara Norfolk General Hospital by a Navy MH-60 Sea Hawk.

The Navy reports he was conscious when he was picked up but that he is in critical condition.

The USS Oak Hill (LSD-51) is currently on scene collecting debris. The Navy still has no plans in place to recover the jet.

Virginia Beach Fire Rescue were notified when the incident occurred. They were told to stand down and that their assistance was not needed.

The Navy will investigate the cause of the accident.

CBS This Morning got in touch with the mother of the boat captain Bryan Daniels of the Joyce D, the boat that helped to rescue the pilot today.

Here is the information he faxed to his mother:

“There was a Navy jet crash in shore of us. The other jets kept buzzing me until I got them on 16. They got me to go to the crash site. There was one survival. We tried to get him on boat. But he couldn’t grab nothing. All he could do was say he couldn’t breathe and help me. And then by that time four helicopters got there. And put a swimmer out and they picked him out of the water. That’s about as real as it gets. I hope he makes it. We are back steaming up to Cape May Rocks.”

Click here to see all of our team coverage of the crash.