PHOTOS: Record 732 pounds of cocaine seized at Port of Norfolk

Norfolk, Va. – Customs and Border Protection (CPB) officers seized 732 pounds of cocaine concealed in cans of fruit juice in a shipping container at the Port of Norfolk on December 20th.

The wholesale value is about $12 million with a street value as much as $100 million. The seizure is the largest in the port’s history.

“I have children of my own, I’m always worried about where these drugs end up, are they getting to schools and for that reason I could not be more excited that this amount of cocaine is not going to make it out onto the streets,” said Mark Laria, Customs and Border Protection Area Port Director.

CBP tactical operations officers from the Port of Norfolk were conducting a container inspection operation when they discovered the narcotics.

There was no specific tip that led to the bust, but border patrol workers say the use of fruit cans is just one example of how creative drug traffickers are getting these days. In the past they have even used body bags.

The container carrying the drugs was flagged as soon as it left Trinidad and Tobago, but our border protection workers could not check the container until it got to the United States.

The shipment was destined for New York.

No arrests have been made at this time. 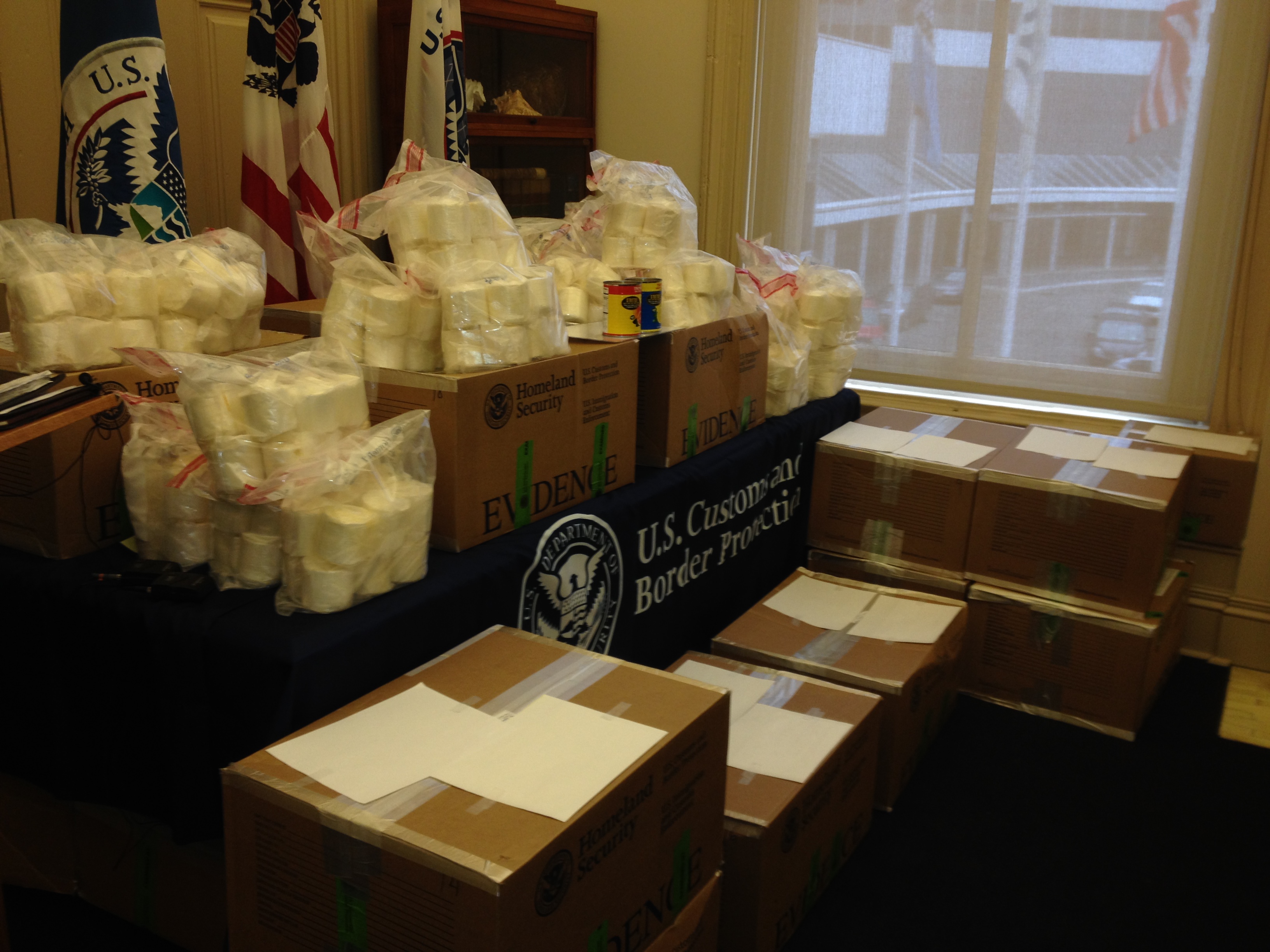