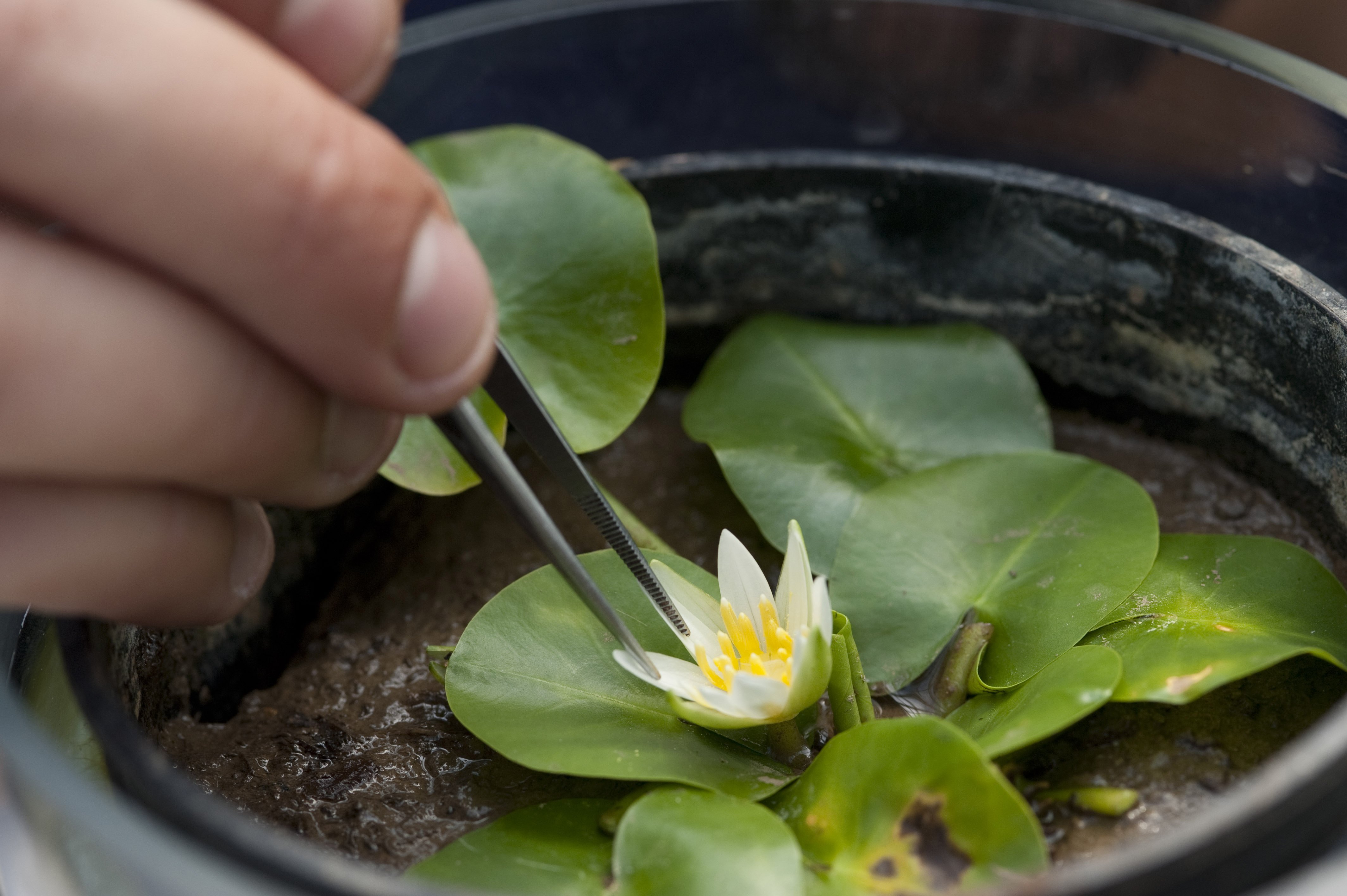 LONDON (CNN) – In a crime that will shock the green-fingered, a thief has made off with the tiny water lily Nymphaea thermarum – one of the rarest plants in the world – from a botanical gardens in London.

The plant, of which only a handful of specimens still exist in the wild, was stolen from a lily pond at the famed Royal Botanic Gardens at Kew, police said.

The thief is thought to have dug or pulled it from the damp, temperature-controlled mud it needs to survive.

Kew Gardens is one of only two places in the world to cultivate this plant, and there were only 30 plants on display, London’s Metropolitan Police said. They cite its value as “priceless” because of its rarity.

The stolen plant may have been easier to sneak out of the botanic garden, which has its own security, because of its small size.

The plant’s bright green lily pads can measure as little as 1 centimeter (less than half an inch) across, and its white flower with yellow stamen is barely bigger than a fingernail.

The Nymphaea thermarum was discovered in 1987 by German botanist Eberhard Fischer at a thermal freshwater spring in Mashyuza, Rwanda — the only known location in the wild.

However, over-exploitation of this hot spring meant the fragile habitat dried up, and the water lily died out there in about 2008.

It was brought back from the brink of extinction only by the efforts of experts at Bonn Botanic Garden in Germany, where a number of living examples had been taken, and the Royal Botanic Gardens in Kew, which succeeded in propagating the delicate plant in 2009.

After a number of failed attempts, horticulturist Carlos Magdalena at Kew cracked the technique needed to persuade the water lily to grow from the remaining precious seeds.

He realized that unlike all other water lilies, the Nymphaea thermarum grows in warm mud rather than water, and so found a way to replicate its native habitat using pots of damp loam surrounded by water kept at precisely 25 degrees Celsius (77 F) – just as had occurred by the thermal spring. Only then did the seedlings flourish and develop into adult plants, according to Kew.

For a couple of years, the only living examples of the water lily were found in Bonn and London.

Now, a few plants are again found in the wild in Rwanda, according to Kew Gardens, but the Nymphaea thermarum remains critically endangered.

Richard Barley, director of horticulture at Kew Gardens, said the police had been called in after the theft was discovered Thursday.

The staff is “dedicated to the conservation of plants, and when incidents of this nature occur it is a blow to morale,” he said. “We take theft of our invaluable scientific collection of plants very seriously.”

According to the Kew Gardens’ website, the plant has no common name because of its scarcity but has become known unofficially by its staff as the “pygmy Rwandan water lily.”

It “has always been so rare that no uses have ever been known,” it adds.

Other instances of theft have occurred, but they are isolated and infrequent, Kew Gardens said.

By Laura Smith-Spark. CNN’s Lindsay Isaac contributed to this report.