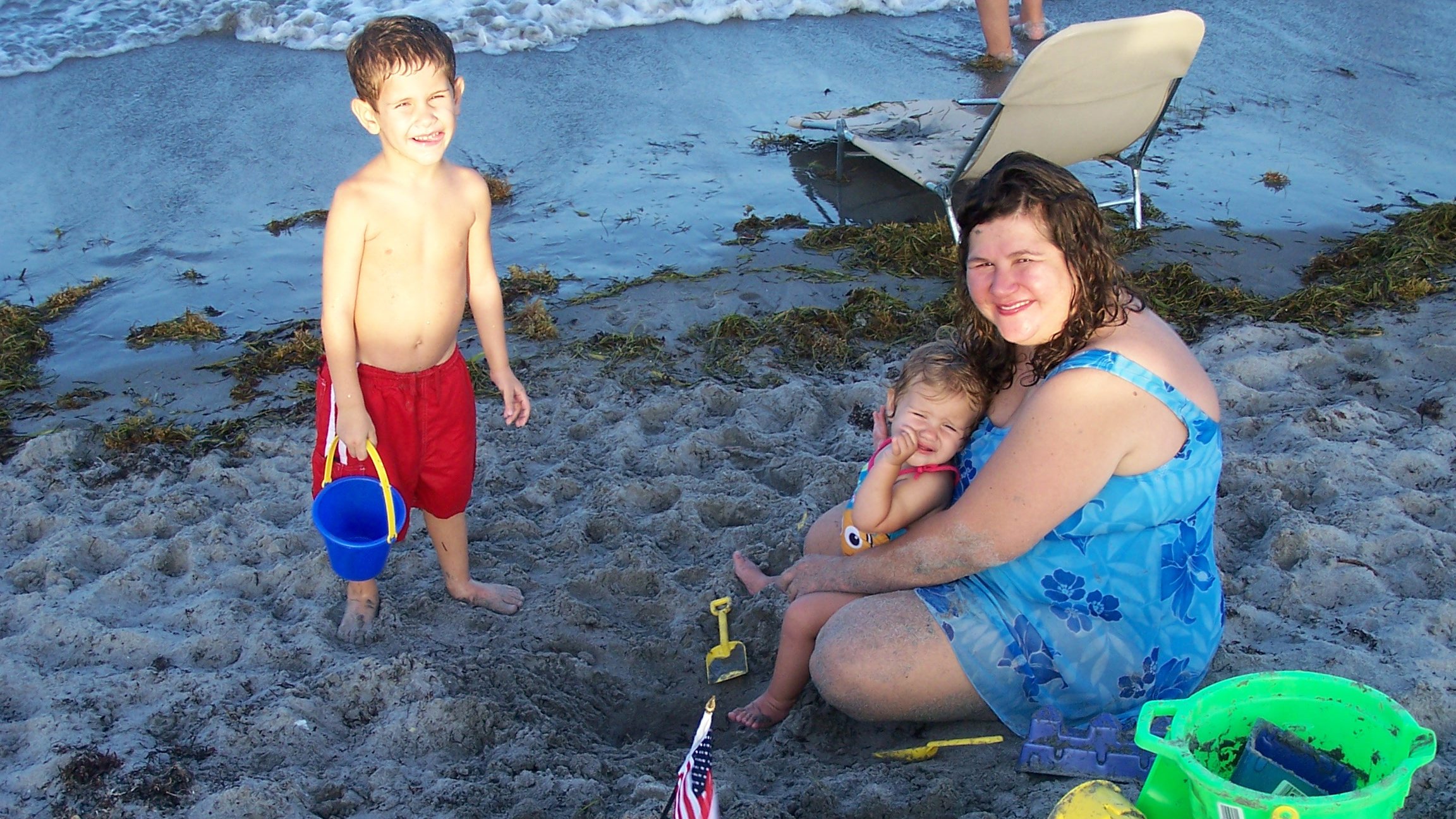 Her weight, which bounced up and down around her four pregnancies, wasn’t just an aesthetic concern. She had frequent asthma attacks, broke an ankle several times, developed rosacea and noticed that her hair had stopped growing.

“I didn’t realize it was affecting my entire family,” Rose said.

Once Rose got serious about losing weight for good, she, her husband David, and daughter Rachel lost a combined 300 pounds together. A big factor in the trio’s transformation was changing how they ate: choosing healthier foods and cooking at home.

“The weight loss in my opinion is the easy part,” Rose said. “It’s the maintenance that’s hard, and that’s difficult and takes time and education and understanding.”

Rose had many complications with her pregnancies. She was hospitalized for four weeks because of preeclampsia with her first son, Josh. Her third child, Noah, almost died as an infant. Rose suffered badly with asthma and weighed close to 300 pounds when she was pregnant with her youngest child, Sarah.

Her older daughter Rachel, now 14, suffered weight problems, too. Rachel remembers going to Target with her mother and wanting to try on clothes in the kids’ section. But because of her large size as a third-grader, she had to shop in the adult section.

It was hard for Rachel, knowing children were in the other part of the store; she was surrounded by “all these old women.”

“Rachel looks at old pictures of herself and she says, ‘Why did you let me get so big?’ ” Rose said. “It probably is my fault. I was kind of lost myself.”

She became serious about getting healthy after an asthma attack in 2005, a year after Sarah’s birth. Rose was driving her children home from a friend’s house when she felt a heaviness in her chest. She reached for her inhaler, but it wasn’t in her purse. She panicked and pulled over.

“The only thing I could think of is: ‘I’m going to die here on the street,’ ” she said. “I called my husband and I told him where I was, because I didn’t think I’d be alive when he got there.”

Her brush with death made her decide once and for all: The weight had to go.

In those days, Rose didn’t cook much at all. Frozen pizza, chicken nuggets in a bag, mac and cheese in a box, a pre-made “family-size portion” of chicken lasagna for herself and her husband — these were typical meals.

When the children were little, Rose kept a hefty supply of bags of chips, she said.

“All the neighborhood kids used to come over all the time because I had so much junk food,” she said.

But in 2006, Rose dedicated herself to understanding healthy food choices. Now Rose avoids anything that comes in a bag or box.

The family cooks together, making main courses such as chicken wings from scratch and sides such as mashed potatoes mixed with cauliflower. Every meal has a salad.

Rose’s husband has become “a wizard with stir fry,” she said.

And Rachel, who used to buy two ice cream snacks at school at lunch, now brings her lunch from home and makes strawberry-banana protein smoothies.

Getting up and moving

The family has also been spending less time sitting on the couch.

Rachel and Noah have been playing tennis for years. They’ve motivated the rest of the family to play tennis, too, Rose said.

The family also rides bikes around the neighborhood and has gone on outdoor adventures such as white-water rafting and an obstacle course. They have joined a family gym, so that everyone is working out at the same time, and have run 5K races together over the past two years.

David Rose credits his wife as leading by example in the diet and fitness changes that have transformed the household. He lost 80 pounds, which he has kept off for four years, and now weighs about 188 pounds.

“I remember the first day that she took me over to the gym and put me on an elliptical machine,” he said. “That was the beginning of a process.”

It hasn’t always been easy.

On Valentine’s Day 2008, David went to buy his wife a fondue maker and gourmet chocolate from a local chocolatier. She had loved the Melting Pot fondue restaurant; he thought with this present, “I was hitting a grand slam home run.”

“I just looked at him and said, ‘You’ve got to be kidding me,’ ” Gabi Rose said. “I was just beside myself. He’s just not understanding the efforts that I’m putting into my weight loss.”

Her fury didn’t abate when her husband tossed the chocolate in the garbage. She didn’t speak to him for a month. (“I knew she was going to bring up [the fondue],” he said later).

In retrospect, Rose sees that until that point her weight-loss efforts had been inconsistent. But her husband apologized, telling his wife that he hadn’t understood where she was coming from — that she was serious about getting healthy, long term, and about making everyone in the family feel better about themselves.

“He was afraid that I was going to become a different person I guess, or not as fun as I used to be,” she said. “But we found fun in other ways, without eating.”

Today, Rose weighs 145 pounds, and has become an expert on losing weight. She has traveled extensively, speaking about how to make healthy changes, and was the host and co-producer of a reality show in South Florida called “The Get Fit Club.”

In 2009, she teamed up with Dr. Elisabeth Cohn-Gelwasser — whose medical practice Rose has been coordinating since 1994 — to offer a medical weight-loss program that targets nutrition and fitness and also incorporates counseling in behavior modification, and medication when necessary.

Rachel has also made significant progress; she lost 50 pounds between 2009 and 2011, and her father said she has been “an inspiration to other children.” Now in high school, Rachel knows a lot of girls who complain about their appearances.

“I honestly can’t relate to them, because I love the way that I am right now,” she said.

As for the embattled fondue maker, it’s still in the family’s kitchen, David said. It’s a reminder of an era of overeating that’s melted away.