With a look of pure desperation, 15-year-old Cam Wilson paddled into below freezing water to rescue her two dogs that fell through the ice.

"When I saw him drowning, I thought it was the end for him and so my instincts just told me to go out there and save him," Wilson says.

The Hampton teen used a kayak in her backyard near a lake off Southall Landings, scooping up Drake and Reagan, her Boston Terriers who had run onto the ice, chasing geese.

However, that daring rescue quickly turned into a frightening situation for Cam; her kayak got stuck half way out.

"Where the kayak had gone, she was kind of iced in," says Denise Hinnant, Cam’s mom.

Hinnant says she called 911 and waited--powerless.

"I’m glad I know god, honestly,” she says. “I knew that he would protect her and that's all I thought. I was just praying because you're helpless."

When firefighters got there about 15 minutes later, they used tools to break the ice. One put on a marine dry suit and got in to pull Cam to shore.

"I was hyperventilating and I was crying,” Wilson says. “I was freezing. I was really cold."

She was so cold that Cam's mom says her clothes were frozen to her body. Crews rushed to the hospital.

"Until I got there and saw her color back I wasn't comfortable at all, but that was a great feeling,” Hinnant says. “I mean that's my baby. That’s my baby girl." 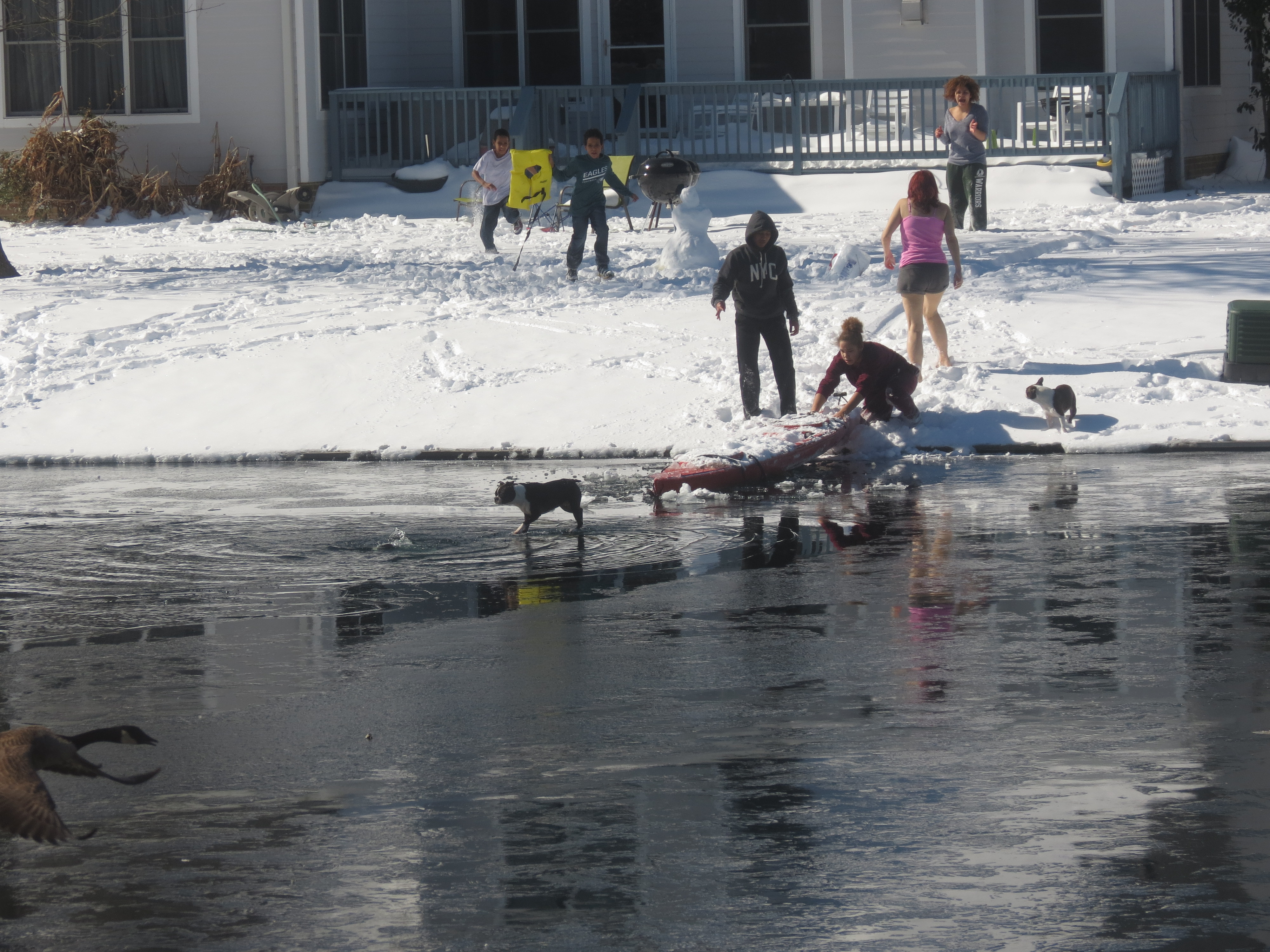