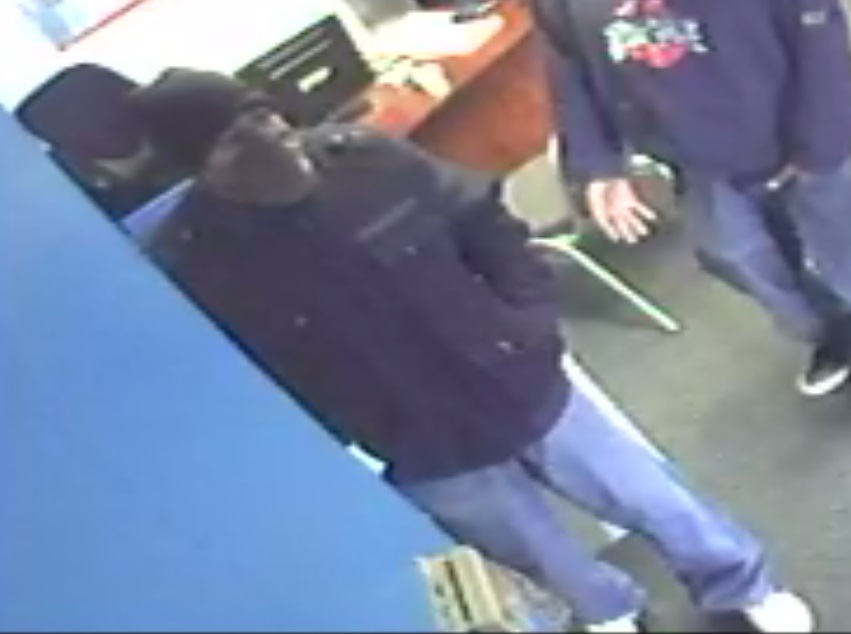 Portsmouth Police are looking to identify two armed men who robbed the Liberty Tax Service in the 100 block of Chowan Drive.

Officers arrived to find that the business had been robbed by two unknown black males.

According to investigators, the male suspects entered the business and immediately demanded money from the female employee working.

The employee complied with their demands and the men fled the business with an undisclosed amount of US currency.

The first suspect is described as a black male approximately 5’11”-6’ tall, between 26-28 years old and weighing approximately 165-180 pounds.  The male was last seen wearing a black coat, blue jeans, white sneakers and brown scarf covering his face. This suspect indicated that he had a handgun in his jacket pocket.

The second male is described as a dark skinned black male, approximately 5’8”-5’9” tall, between the ages of 22-26 years old and weighing 250-280 pounds.  The male was last seen wearing a black coat, black hooded sweat shirt, blue jeans, red and black sneakers and had facial hair.  This suspect was armed with a large survival knife.

Anyone with information as to the identity or the whereabouts of the suspects pictured is asked to call the Crime Line at 1-888-LOCK-U-UP.