Portsmouth, Va. - A more than 15-year-old roof collapsed at a Lakeview Circle home on Friday morning.

The 72-year-old homeowner and his wife were just lying in bed talking when they heard the crash.

Some Thursday afternoon sunshine in Hampton Roads may have helped clear off some roadways, but Rufus Strothers, Sr. Believes it caused the snow on his back patio roof to become too heavy to handle at 5 a.m.

Strothers says he jumped up when he heard the sound and he came out, opened the door and found a mess.

Because of the leak, firefighters were forced to turn off the gas leaving him and his family without heat for more than five hours.

For someone dealing with such an inconvenience, Strothers still had a positive attitude.

Strothers says he's not quite sure how he's going to clean the mess up, but insurance will cover it. He does plan to have a new roof put on. 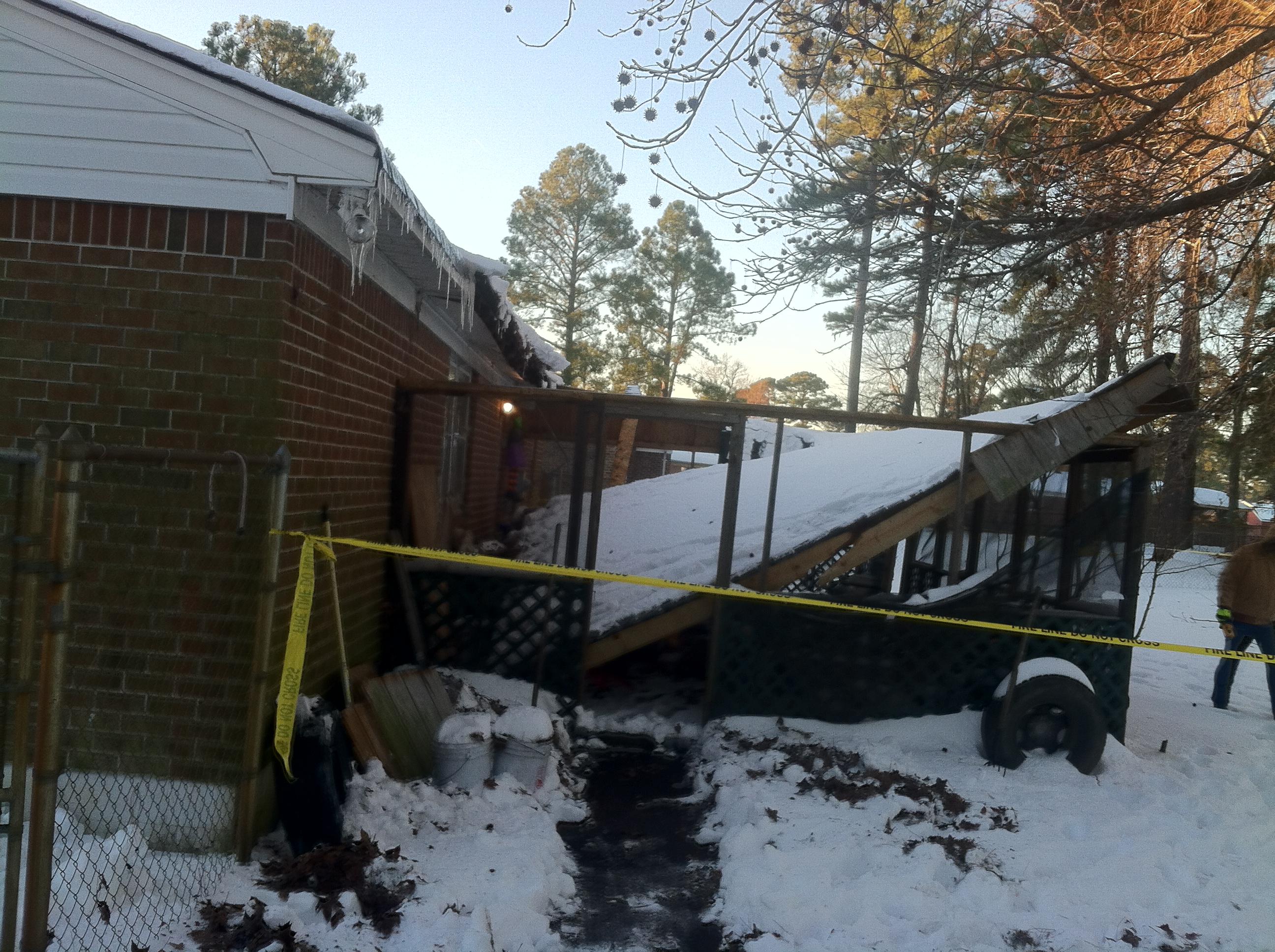