Addiction: Is heroin use on the rise? 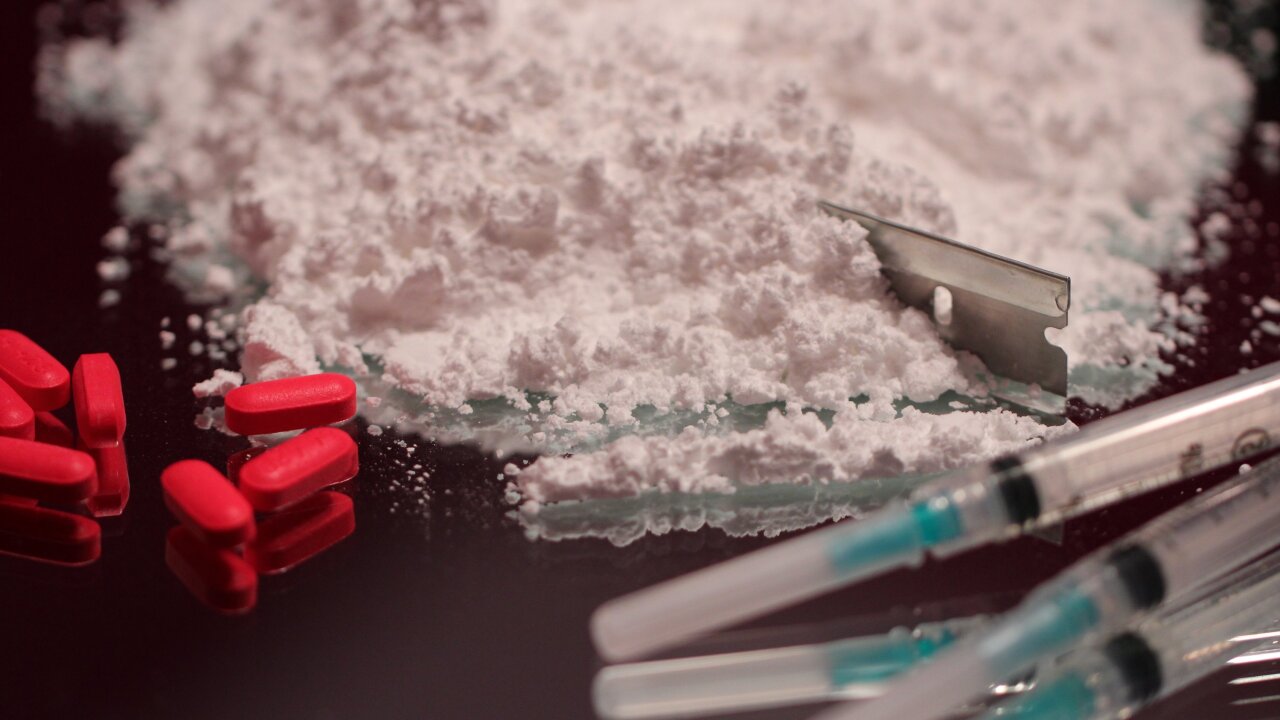 This image depicts a still life composed of a number of items set atop a mirror that represented controlled substances often ingested, inhaled, or injected by illicit drug users. Included in this repertoire of drug paraphernalia, were a number of red oblong tablets, rows, or “lines” of a finely-granulated white powder two razor blades in the foreground, and in the background, a teaspoon, and a small syringe. Keywords: cocaine, heroin, syringe, needle, drug use

The native Bostonian started at a young age — drinking, then smoking pot, then taking pain pills and eventually heroin.

“I never thought in my wildest dreams I would stick a needle in my arm,” says Jamie, who didn’t want his last name revealed. “Not in a million years.”

But the low cost, the readily availability and the prescription pill-like high makes heroin a draw that’s hard to resist.

“It’s a monkey on your back that you can’t shake,” he says.

If autopsy results bear out what officials suspect, actor Philip Seymour Hoffman will be the latest in a growing list of substance abusers who paid a deadly price for using heroin.

In August, Emylee Lonczak, a 16-year-old Virginia high school student who’d never injected heroin before, died when a friend shot it into a vein for her.

To be sure, heroin has been a scourge for a long, long time. But lately, it’s showing an uptick that has authorities, health officials and parents disturbed.

Consider this: A yearly government drug survey found that in 2002, 166,000 Americans said they had used heroin.

The average age of first-time users, according to the Substance Abuse and Mental Health Services Administration, is just before their 15th birthday.

“I’ve been here over six years and literally this is the first year that I can remember seeing this many people coming in here with an addiction to heroin,” says Robert Parkinson, director of the Beachcomber Rehabilitation Center in Delray Beach, Florida.

It’s not at an epidemic level yet, he says, but “it’s going to be there….It’s that bad.”

Here, we examine the reasons behind the rise in heroin use and its fatal draw:

It’s cheap: Bill Patrianakos was hooked on Oxycontin, a prescription pain reliever. He didn’t just like, he said; he loved it. The problem was, he couldn’t afford it.

“I was pawning things — stealing from my parents, my sister, everyone who cared about me,” he says. “Even that wasn’t enough.”

So, he moved on to heroin. It gave him the same high, he said, but at a fraction of the cost.

“I started out snorting,” he says. “And, of course, to conserve my money, I moved on to shooting it.”

The bottom line for users: heroin is cheap.

Part of the reason is the nationwide crackdown on prescription pill abuse, which has made those drugs harder and more expensive to obtain.

In the first two weeks of 2014, police in Delray Beach, Florida, say they seized more heroin than they did in the last 10 years combined.

“People were getting pills for $10 around here and now it’s much more expensive,” says Delray Beach Police Sgt. Nicole Guerriero. “People are now turning to heroin to get their high.”

And how cheap is heroin?

It’s everywhere: David is a self-described addict who doesn’t want his last name revealed. His drug of choice is Oxycodone. But he knows that when he can’t get it, he can always score some heroin.

Pam Anderson of Atlanta lost her college-aged son to a heroin overdose.

“In the college campuses what they are doing with it, is like they are just passing bowls of pills,” she says.

“They give it out for free to get somebody hooked. And then they start with a lower price on the pills and jack it up, jack it up as they are more addicted.”

Indeed, heroin availability rose in 2012, according to the DEA, most likely because of an uptick in Mexican production and traffickers expanding into new markets.

Authorities are doing what they can to put a dent in those activities — but they have a ways to go. Between 2008 and 2012, the amount of heroin seized each year at the southwest border more than tripled.

But pushers are getting creative.

It’s potent: Heroin makes for a common substitute for prescription pills. But unlike pills, there’s no way to regulate the dosage of heroin, given the undetermined purity.

And that can be a fatal recipe.

“Unlike with prescription drugs, heroin purity and dosage amounts vary, and heroin is often cut with other substances, all of which could cause inexperienced abusers to accidentally overdose,” the DEA says in its drug threat assessment report for 2013.

Between 1999 and 2009, 32 states saw an increase in heroin-related patients, according to the Department of Health and Human Services.

But rather than acting as a deterrent, the drug’s undetermined potency actually serves as a draw for some users.

Last month, at least 22 people in western Pennsylvania died after using heroin that had been mixed with fentanyl — a powerful narcotic used to treat cancer patients’ pain. The drug cocktails were being sold under harmless sounding names, such as “Theraflu” and “Bud ice.”

Andrew, a 19-year-old Pennsylvanian who didn’t want his last name revealed, overdosed on the drug mixture twice and almost died. But he kept going back. It took his friend’s overdose death to scare him back into rehab.

“That’s the sick thing about addiction,” he says. “When someone knows that there are heroin bags that are killing people or making them overdose, then we know that those are the good bags.”

It’s hard to kick: Last year, Hoffman told TMZ he strugged with substance abuse but kicked the habit for 23 years. But then he fell off the wagon. He started slowly with prescription pills and slipped into snorting cocaine.

That experience is not uncommon.

“Someone with opiate addiction, they are doing pushups their whole lives,” says HLN’s Dr. Drew Pinsky. “And they must work on it all the time. And even working on it, there’s a high probability of relapse. And God willing, they get adequate treatment, and they re-engage in treatment, and things go well.”

“But often,” he adds, “it’s a frequently fatal condition.”