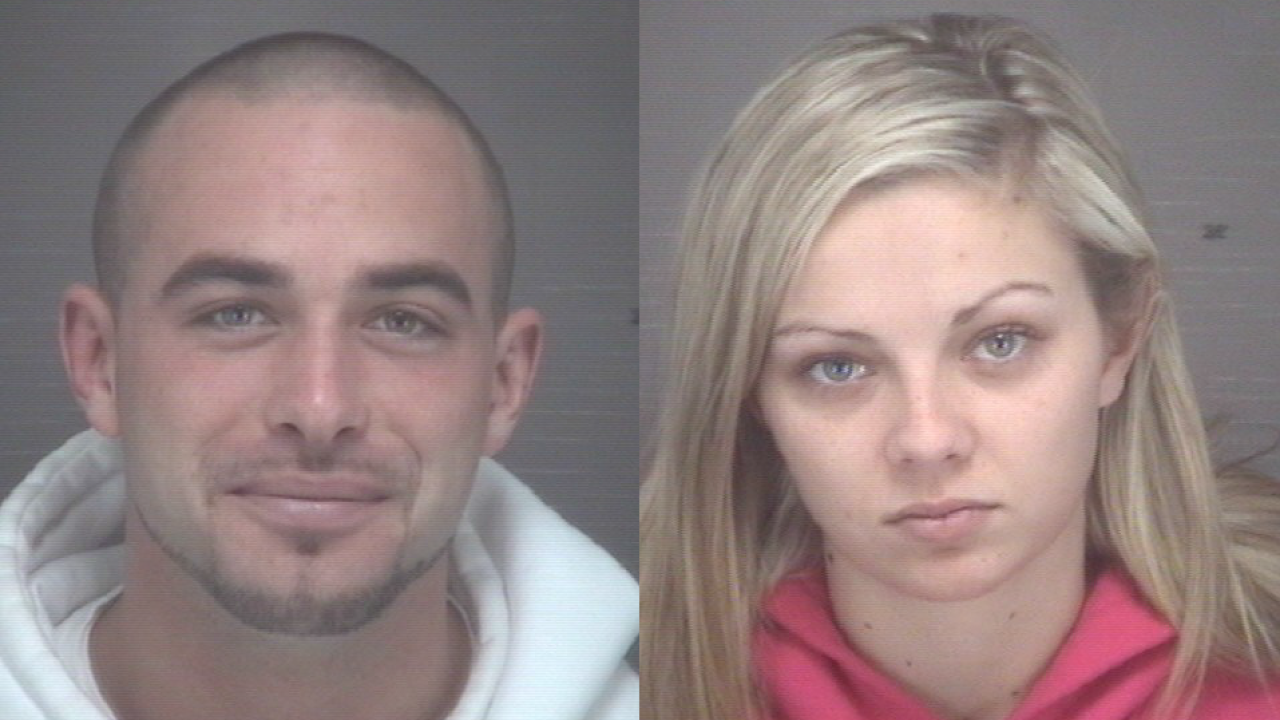 A man and woman were arrested during the execution of a search warrant at a Kill Devil Hills residence on February 4th.

Members of the Dare County Narcotics Task Force, assisted by the Kill Devil Hills Police Department executed the warrant after numerous complaints by nearby residents regarding possible drug activity at the house.

The search yielded several types of drugs and paraphernalia and two arrests.

Zackary Taylor Barksdale, 25, and Taryn Nicole Daniels, 21, were charged with possession of a Schedule 1 controlled substance (Heroin). Both were committed to the Dare County Detention Center.

Both were arrested in a previous drug raid in December.