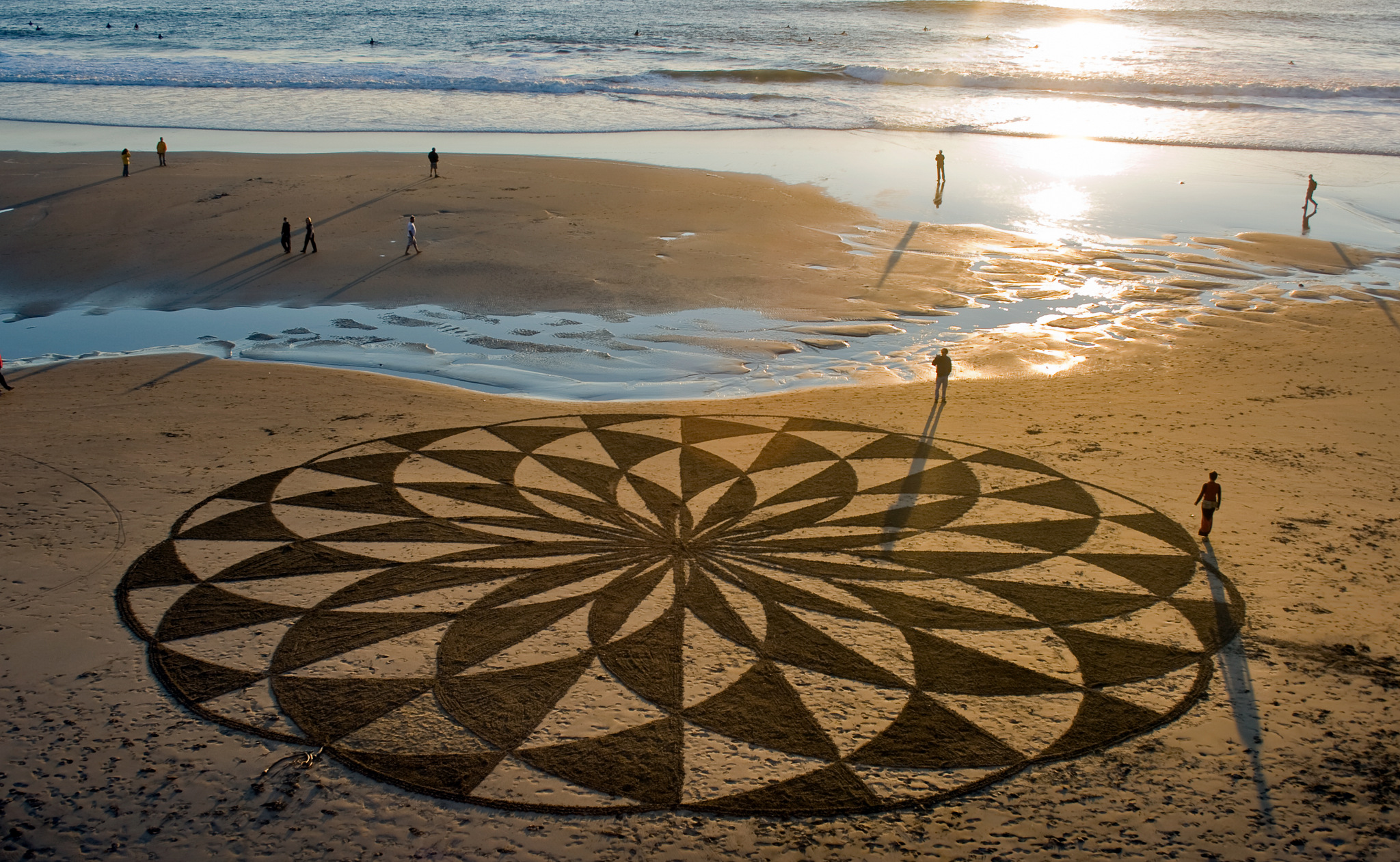 (CNN) – Not many people can combine a dream vacation with their place of work.

But not many people “work” by drawing pictures in the sand on the beach.

He uses rope and a rake to create large geometric drawings on beaches.

That’s useful, for his canvas is ephemeral, often subject to rogue waves, high tides (he always sculpts during low tide) and dogs.

None of that fazes the former computer technician, who has so far drawn hundreds of short-lived artworks on around 30 beaches in the United States, Mexico and the Channel Islands.

He’s been commissioned to create backdrops for marriage proposals, memorial ceremonies, commercial artwork for a car company and offers workshops for people who want to learn how to create their own beach art.

“Ultimately, when it is finished, I let it go,” he says. “For me the energy and draw is around the act of creation.”

Then, one cloudless day 10 years ago on Kalalau Beach on the Hawaiian island of Kaua’i, Amador was showing a friend the geometric art he’d been studying using a stick in the sand.

“I suddenly realized that all of the crop circle reconstructions I had been studying start in this exact way, which establish reference points for everything that follows.

“It felt like a bolt from the heavens, in which I had a vision that I could do enormous designs on the sand.”

In 2004, Amador drew his first piece on Ocean Beach in San Francisco, a wide beach near Amador’s home.

His work grew from there.

Dogs not the artist’s ally

Amador keeps a log of ideas on flash cards and picks one before heading to the beach.

He’s created hundreds of beach murals on just 30 or so beaches.

Not every beach provides the right conditions.

“The needs I have in a beach have been such that there are few that are available to me,” says Amador.

“I need a large beach that is relatively flat. Then I need a high high tide followed by a low, low tide. These occur several times of the month.

“At these times the canvas I have to work with is maximized. Other considerations are the scenery of the beach and the quality of the sand — some dries faster than others.

“I also appreciate beaches without a lot of traffic, particularly dogs — they’re the worst for creating scars in the sand.”

Amador hopes to inspire people to “follow what brings you joy.”

“I did this art for many years without pay simply because it was so enlivening to do so,” says Amador. “If I can inspire others, I hope that I can offer the message that the path is more important than the destination — that the journey should be the focus.

“When one is experiencing joy, then the world also receives that joy. And the world can always use more joy.”