Alice Herz-Sommer, a talented musician and pianist, lived alone in her London flat, according to a 2014 Oscar nominated documentary about her extraordinary life.

“My world is music. I’m not interested in doing anything else,” she said in “The Lady in Number 6: Music Saved My Life.”

Originally from Prague in what was then Czechoslovakia, Herz-Sommer was imprisoned at the Theresienstadt concentration camp during World War II. It was music that saved her. She and others performed concerts that entertained the Nazis.

“I knew that we will play,” Herz-Sommer told the filmmakers. “And I was thinking when we can play it can’t be so terrible. The music, the music! The music is the first place of art. It brings us on an island with peace, beauty and love.”

Theresienstadt was a ghetto-labor camp to which the SS deported and then incarcerated certain categories of German, Austrian, and Czech Jews, based on their age, disability as a result of past military service, or domestic celebrity in the arts and other cultural life, according to the United States Holocaust Memorial Museum.

Herz-Sommer “grew up in a cultured and loving family which was part of the German-speaking Czech-Jewish assimilated society,” the documentary’s website says.

Her mother was a playmate of composer Gustav Mahler and as a child Herz-Sommer often played with German-language novelist Franz Kafka who came to her home for Sunday lunch.

Herz-Sommer was living in Prague when she received her deportation summons from the Nazis, the documentary site explains. Her mother and husband had already been transported to Auschwitz where they were gassed, the site says. Both Herz-Sommer and her 5-year-old son, it says, were sent to the Theresienstadt camp.

“As an adult Raffi had remarkably few dark memories of the camp,” according to the filmmakers.

The son said that his mother somehow “managed to protect him from the worst realities of life at the mercy of the Nazis.”

Herz-Sommer and her son returned to Prague after being liberated by the Soviet Army in May of 1945, according to the film.

A clip on the site shows Herz-Sommer laughing, something she did a lot of in her later years.

Her family surrounded her at her bedside before she died Sunday, her grandson Ariel Sommer told CNN.

“Much has been written about her, but to those of us who knew her best, she was our dear ‘Gigi.’

“She loved us, laughed with us, and cherished music with us,” he wrote. “She was an inspiration and our world will be significantly poorer without her by our side. We mourn her loss and ask for privacy in this very difficult moment.” 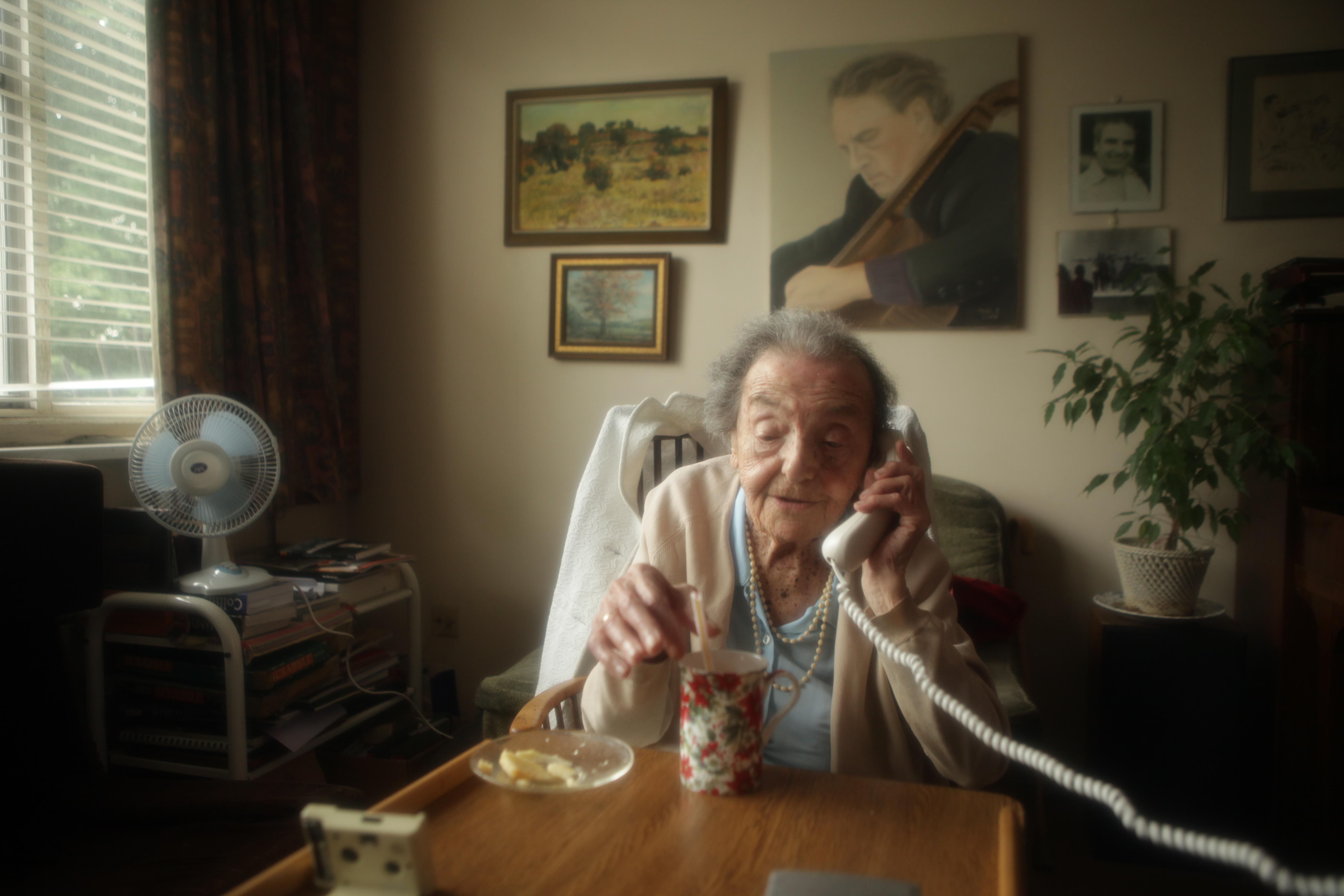 By Ashley Fantz. CNN’s AnneClaire Stapleton contributed to this report.