NewsChannel 3 took action to give 10-year-old Jessica Coffield the surprise of her life- a new dog named Nelly.

Jessica was so heart broken her mom says she kept her home from school for three days.

Still, Rowland could see the pain in her daughter’s eyes. And, so could NewsChannel 3. That’s why we took action, and with the help of Hope For Life Rescue, Inc along with the Virginia Beach Animal Care and Adoption Center, we coordinated a big surprise.

Hope For Life Rescue allowed Jessica’s mom to pick out a dog for her daughter free of charge. She picked a 4-year-old black lab mix named Nelly.

Before picking up Nelly, NewsChannel 3 did a little shopping at Petsmart to make sure the 10-year-old had everything she needed for her new friend.

NewsChannel 3’s Jackie Morlock then stopped by Hope For Life, loaded Nelly up and took her to her new family.

It was love at first sight.

Nelly brought a smile to the face of a young girl who suffered so much in the past week. Not only did Jessica lose her four-legged pal, Shadow last week, she also lost her grandmother on Sunday.

“On top of losing my own mother I was still watching her suffer and it’s, it’s just was excruciating,” Rowland says. “Nothing hurts worse than seeing your children hurt and you can’t take that away from them.”

A mother grateful to see her child really excited for the first time in several days, “I just cannot thank NewsChannel 3 enough for what they’ve done for her because she’s got so much love to give,” Rowland says.

As for Jessica, she also wanted to thank the caring volunteers at Hope For Life, “Thank you for letting me get Nelly. She’s adorable and I love her so much.” 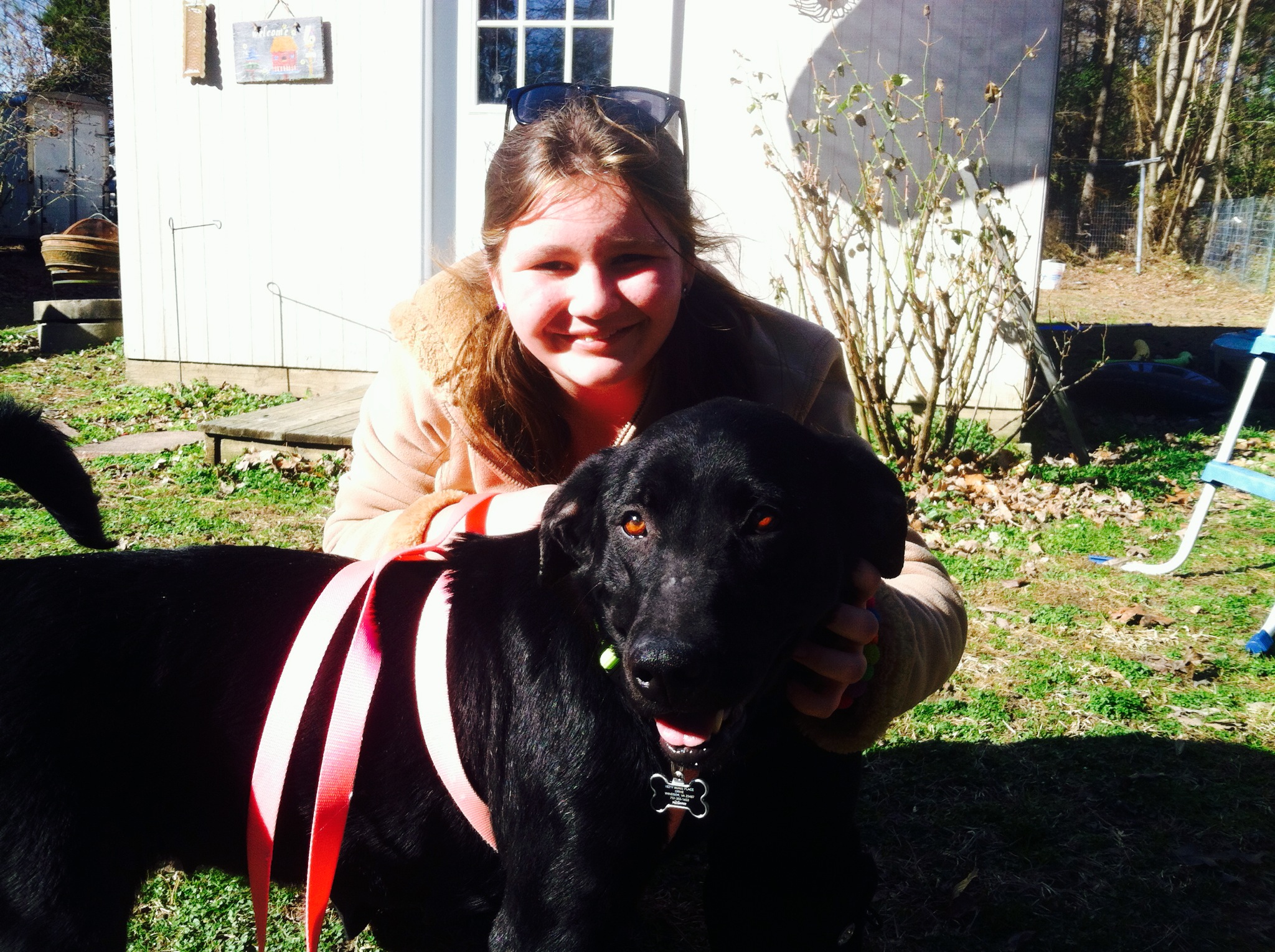