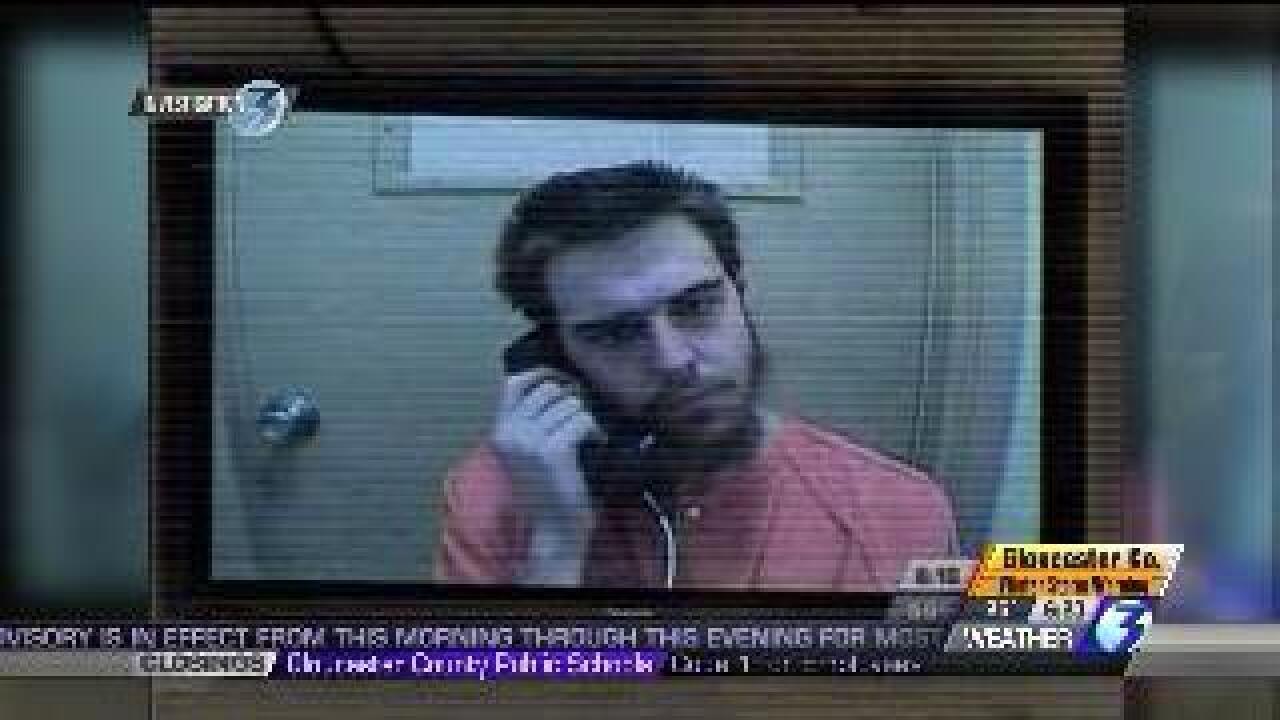 The case covered the airwaves during the holiday season of 2008 after Beach Police arrested Cameron Crockett for driving drunk and killing his best friend Jack Korte.

Two juries found him guilty, and after his second conviction, he ran off to Belize.

U.S. Marshals eventually caught up to him, and he was sentenced to 8 years in prison.

Today, that is where Crockett remains with more than six years still to serve.

But now, a NewsChannel 3 investigation is uncovering new details that show this case might not be as simple as it seemed.

“Car was speeding, crashed into my neighbor's yard…two people are hurt bad.”

“We've got one still breathing, but they are trapped in the car, one is in backseat.”

Those are the 911 calls from December 28th, 2008 after Crockett's car crashed on Wolfsnare Road in Virginia Beach.

James Kelly Reid was one of the witnesses who first responded to the scene.

“It was a horrific wreck. The car was wrapped around the tree, and I tried to see who I could help. I only saw one person in the car, and that was Cameron Crockett, he was in back,” said Reid, who also remembers that Crockett was not wearing a seat belt.

That seat belt has been a key component to Crockett's defense since the beginning.

His lawyers tried to convince two different juries that someone else drove that night, wore the seatbelt, and managed to escape unharmed and unseen into the darkness.

But that theory was never proven because the seatbelt was never tested until now.

“It is my firm belief that Cameron is not guilty,” said local attorney Adrienne Bennett, who took on Crockett’s case right before his sentencing after he fled the country. “After a review of the case, I felt compelled to get involved.”

Bennett says her decision was based partly on this seat belt mechanism test, finally performed after Crockett’s 2nd conviction.

“My client, Cameron, always believed if the seat belt mechanism was tested, it would prove his theory of innocence. Why it didn’t happen before, I don't know,” said Bennett.

Bob Bagnell says he knows why--as a former Portsmouth Police crash and crime scene investigator, he worked for the Crockett family as a defense expert in the case.

“’Couldn’t touch it, couldn't touch it,’ that's all we were getting,” said Bagnell, so feels the seat belt test was never performed because engineers ran into what he called road blocks at the Beach Police impound lot.

“The seat belt was there, but they wouldn’t let us take it out. Despite court orders, we were not allowed to touch anything,” said Bagnell.

This court order, filed in 2009, shows Crockett's defense team was granted access to document "the interior of the vehicle, including...the condition of the switches, components, and other mechanisms in the car."

They thought the seatbelt would be included in that--but according to the office of Beach Commonwealth Attorney Colin Stolle, Crockett's lawyers never specifically asked for the seat belt mechanism testing.

So without it, the only evidence at trial came from witnesses like Reid, who say they never saw Crockett in the driver's seat, but couldn’t believe that there was a third person in the car.

“There was no way, I feel, someone could get up and walk away from that crash,” said Reid.

Leaving jurors to decide Cameron Crockett's fate based on what even the trial judge called "circumstantial evidence."

“There was no justice to it. Convicting him was the hardest thing I ever had to do,” said Barbara Addison, a juror who convicted Cameron Crockett back in February of 2012.

NewsChannel 3 interviewed her, along with Edward Ruehl, another juror.

“My assumption, according to my memory, was that he was not wearing a seat belt, and he was thrown backwards by the force of the car,” said Ruehl.

While Ruehl believed the prosecution’s case, and thought Cameron was the driver, Addison wasn’t so sure.

“I wasn’t ready to convict him. To me, it was so sketchy,” said Addison. “They never proved he drove the car!”

“Juries are looking for scientific evidence,” said Bagnell. “They watch CSI on TV, got the CSI effect.”

Now, that is what Cameron's defense teams says this seat belt test provides--scientific proof that Crockett was in fact, not the driver.

“It says the seat belt was in use, and was activated at the time of collision,” said Bagnell. “His medical report says he had no injuries consistent with a seat belt.”

“The person who was driving the vehicle was, in fact, belted, so that excludes Cameron, therefore he is innocent,” said Bennett.

The admissibility of this seat belt test is now in front of the Court of Appeals of Virginia, who recently accepted Crockett's petition for appeal, and will soon be considering whether to grant his motion for a new trial.

So if these three judges consider the seatbelt test to be "newly discovered evidence"-- would it change a reasonable jury's verdict?

“I would have not voted guilty, it would have been a hung jury,” said Addison.

“Certainly there is enough information in my mind that would justify another trial,” said Ruehl. “Whether he is guilty or innocent, that’s up for next 12 people to look at.”

NewsChannel 3 contacted Beach police, the Beach Commonwealth Attorney, and even the family of Jack Korte.

All declined to be interviewed on camera for this story, but they tell us to this day, they still believe firmly that Cameron was driving that night in 2008.