UPDATE: The Virginia Beach Planning Commission has rejected the proposed SkyWheel that was planned for the Oceanfront at 17th Street.

The City Council will actually have the last word. They have the opportunity to accept or reject the recommendation.

Virginia Beach, Va. - If it all goes as planned, you could see a new ride at the Virginia Beach Oceanfront next year.

The same company that brought a gigantic Ferris wheel to the boardwalk in Myrtle Beach wants to do the same in Virginia Beach. But this isn't your father's Ferris wheel. It will be huge.

The Dolphin Inn next door is ten stories high. The SkyWheel will be nearly twice as high, 200 feet in the air.

This is what it would look like. (See picture above) If it attracts as many people as supporters, the big ride will bring in bucks for the city.

“It takes a piece of real estate that`s off the tax rolls now, puts it back on the tax rolls. Over the next 15 years, it will generate 15 million dollars for the city in amusement revenue and real estate tax,” says Richard Maddox, a business owner.

It would also add something many people believe is badly needed: another family entertainment option at the beach, especially for the hours after the sun goes down. 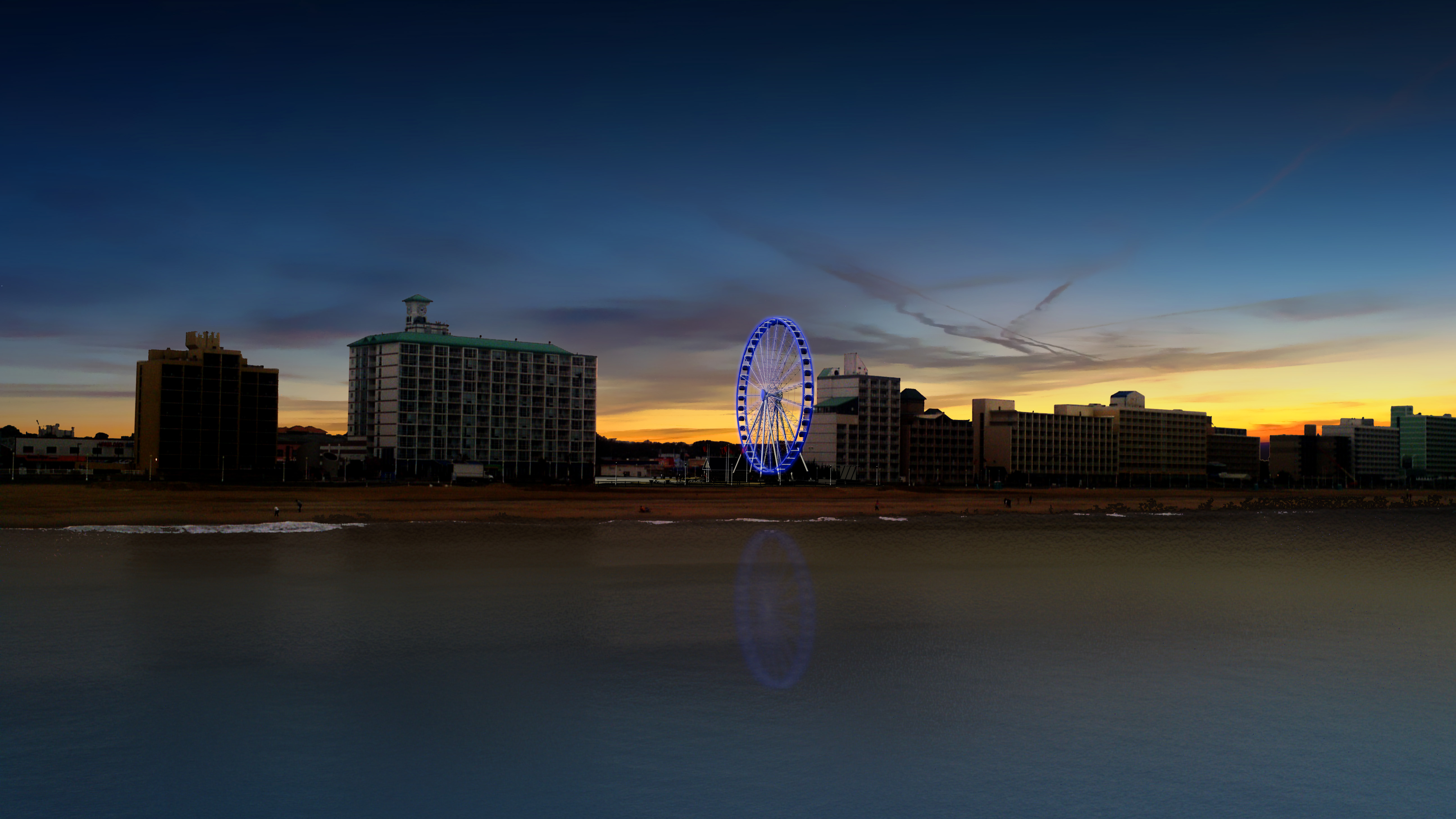 The St. Louis company behind the project, Koch Development, will spend about 12 million dollars. No city money is involved. One ride, three trips around, would cost adults $14 and $8 for kids.

Supporters are betting half a million passengers a year will pay for the 10-12 minute ride.

Richard Maddox, who owns the property, says the 17th St. Park will still be used to host live music.

“We`ll still be able to accommodate 3,000, 3,200 people to sit here and listen to music and have the added feature of having the SkyWheel, too. We wanted to add something not delete something,” says Maddox.