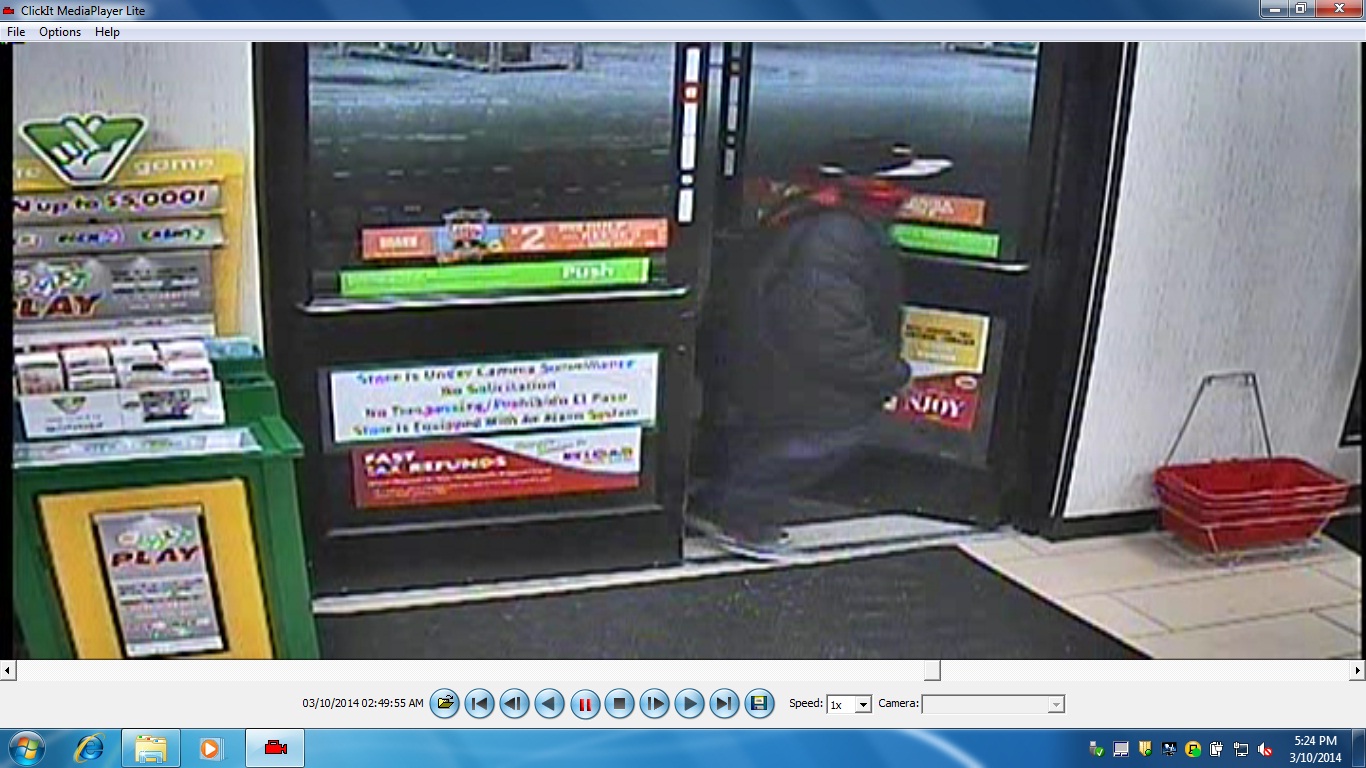 Norfolk Police are looking for a suspect wanted in connection with several commercial robberies that occurred at two different 7-Eleven stores.

The suspect is described as a black male, approximately 5’6” tall, between late 20’s to early 40’s, with a thin build, light complexion, and wearing a red and black scarf.