UPDATE: The sailboat that was stuck under the Hampton Blvd. bridge for three days is finally free.

Crews were able to get the boat from under the bridge at around 8 p.m. on Friday night.

The boat's owner says he is taking it to Portsmouth for minor repairs.

A 32-foot sailboat is stuck beneath the Hampton Blvd. bridge after drifting overnight, likely due to the strong winds.

Norfolk fire crews first contacted the Coast Guard at 1:50 a.m. to alert them of the situation.

The bridge and boat were not damaged. According to Coast Guard officials, the boat's anchor drifted towards the bridge. The boat is partially grounded. The boat did not make contact with the bridge, but is under the bridge.

The Coast Guard contacted the owner, 20-year-old ODU student Tommy Chiffriller, who arrived at the bridge later in the morning.

Chiffriller rappelled from the bridge down onto the boat to secure it for the time being. He says he will come back at high tide to remove the boat.

Chiffriller says the boat had originally been anchored in the middle of the Lafayette River.

The boat does not pose a risk to anyone and no one is on board. 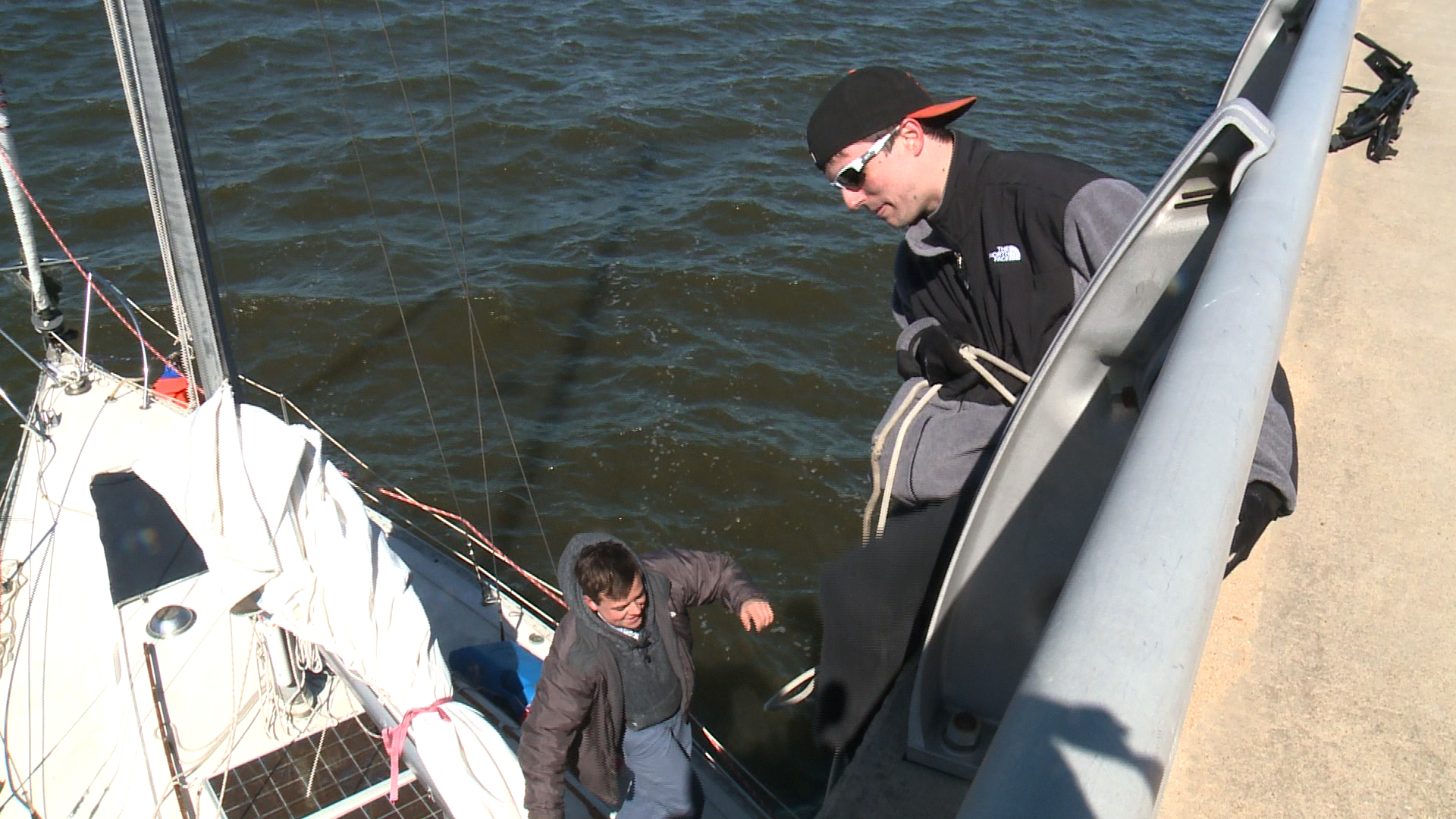