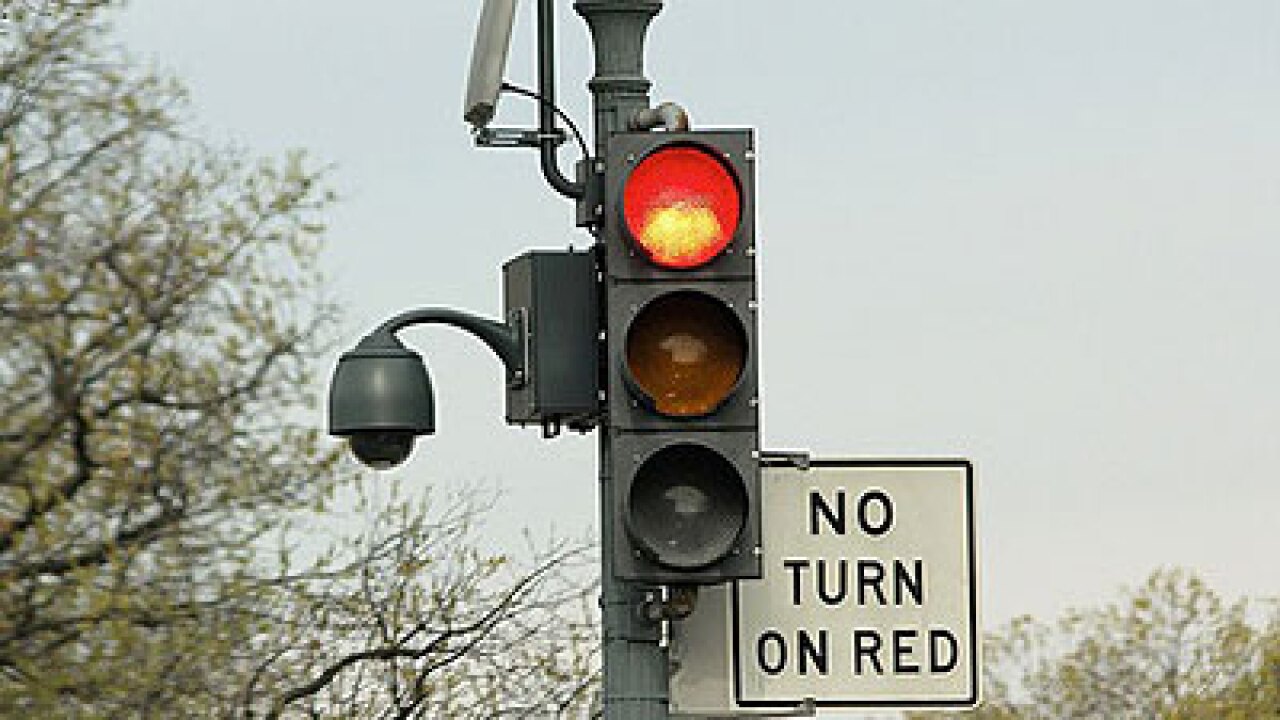 It's a battle no one in Virginia has been able to win. That is, until today, when a Norfolk judge decided to throw out the red light camera ticket of Navy sailor David Butler.

“He didn’t believe it was fair, and acquitted me of the charges,” said Butler.

Butler gives all the credit to NewsChannel 3. Our Taking Action Investigation into red-light cameras in Norfolk showed how the city shortened yellow light times on the very day enforcement started.

After the cameras snapped his car running a right turn red light at Chesapeake Boulevard and Little Creek Road, he went into court armed with evidence.

“WTKR NewsChannel 3, Laurie Simmons, found the news report on the Internet,” said Butler. “I presented it to the judge showing him that they changed the light timing phase 3/8ths of a second lower without any cause or justification.”

The judge even subpoenaed Norfolk's assistant city traffic engineer for the case, grilling him in open court.

"Was it just coincidental the timing of the lights was shortened the day the cameras started?”

"Did it have anything to do with revenue?"

"Do you see how this looks?"

“He wanted to know why, the specifics on who gave him authorization, why they thought they needed to reduce it,” said Butler.

“Standing up there, I was pretty proud of it. It’s going to make a huge difference,” said Butler. “It’s a big win for the city, and a big win for NewsChannel 3’s investigation.”

This case could have huge implications for other drivers.

What about those who fought and lost their red light cases at other intersections where the lights were lowered? Will they be able to appeal their cases?

How about all the people who paid their tickets and chose not to go to court? Does the city have to give their money back?

We asked Norfolk officials today, and they say the city attorney is currently reviewing the judge’s opinion, to find out what the law requires.

Red light camera traps: Does science prove our yellow lights are too short?

Are cities taking away yellow light time after getting red light cameras?

Who is exempt from red light camera tickets?