APOSTLE ISLANDS NATIONAL SHORELINE, Wisconsin (CNN) – For thousands of years, waves on the largest of the Great Lakes have battered northwest Wisconsin, shaping the dramatic sandstone caves of the Apostle Islands National Lakeshore.

But that punishment halted this winter when 93% of Lake Superior froze, creating a spectacular icy landscape many locals say they haven’t seen in a generation.

It’s a serendipitous spinoff from the five Great Lakes being virtually frozen over this winter, a rare event that marks the arctic misery afflicting the Midwest. At one point, more than 90% of the world’s largest surface freshwater system was frozen over, the National Oceanic and Atmospheric Administration said. That figure for the Great Lakes fell to 84% as of Wednesday.

The massive freeze, however, has created natural wonders.

Bob Krumenaker, the National Park Service’s superintendent at Lakeshore, said there have been thousands of additional visitors flocking to ice caves.

“The caves form almost the same kind of features that you’d find in an underground limestone cave — the soda straws, the curtains, the stalactites — but they’re all forming out of ice in just days and weeks instead of something that would form underground in limestone over hundreds of thousands of years,” he said.

This season has easily been the busiest in terms of visitors: In the past two months, more than 120,000 people have made the roughly three-mile round-trip trek by foot over a frozen Lake Superior to see the ice formations and caves that will melt away in just a few weeks.

Debbie Stumpf was one of the intrepid visitors Wednesday. 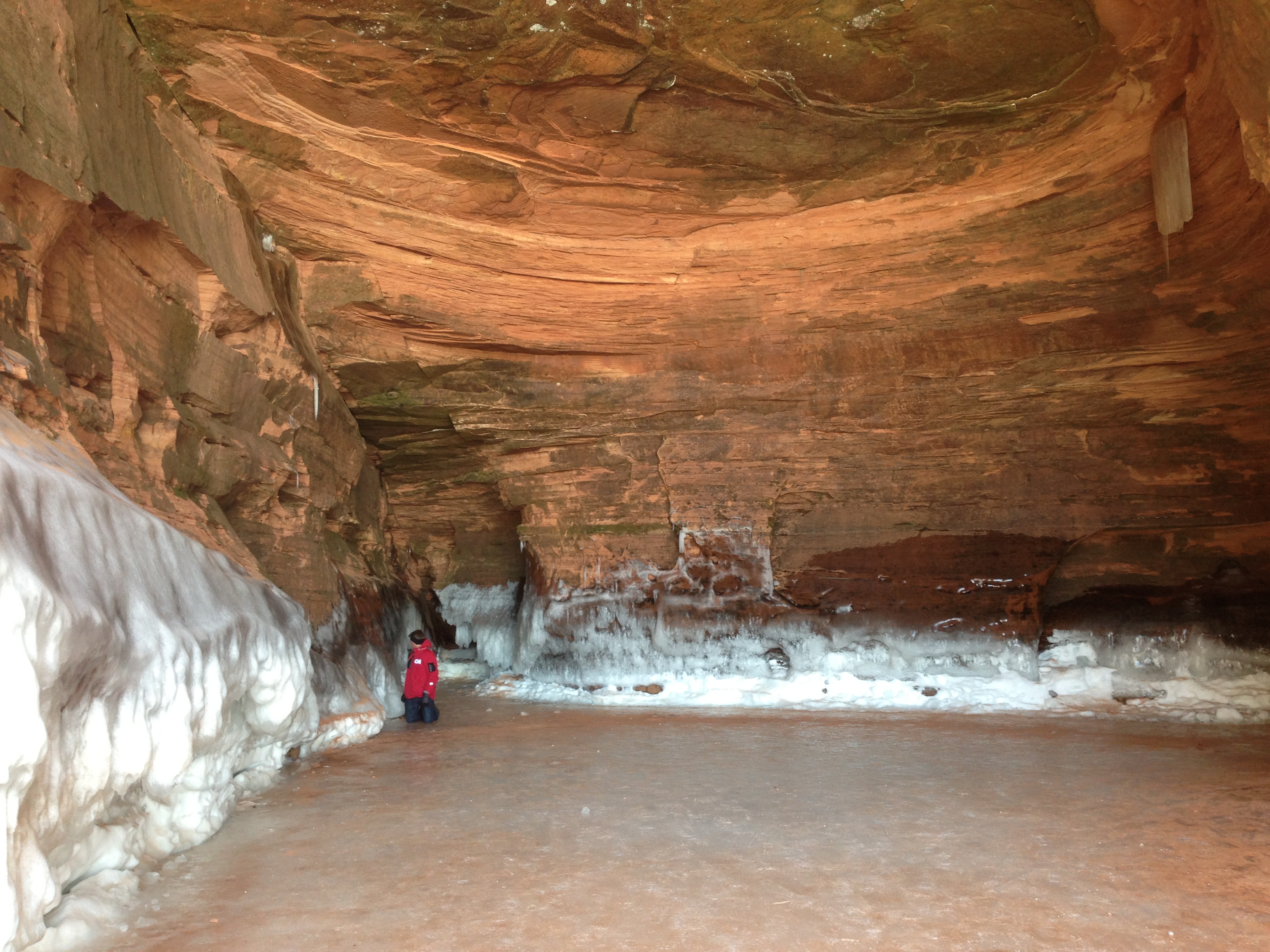 She likened the experience to “walking into a hall of gods.”

“How many chances do you have to lay on your back and look up at icicles?” she said.

The journey to the caves is a big part of the experience.

“I like that we have to walk so far out to get here. We’ve seen some really unique people out here,” she said.

Visitors have hailed from all over the world this winter, including China, Japan, Australia and Hungary, Krumenaker said. They all helped make this year the busiest in the history of the park, which received National Lakeshore status under the U.S. Department of the Interior in 1970.

By Bill Kirkos. CNN’s Michael Martinez contributed to this report.