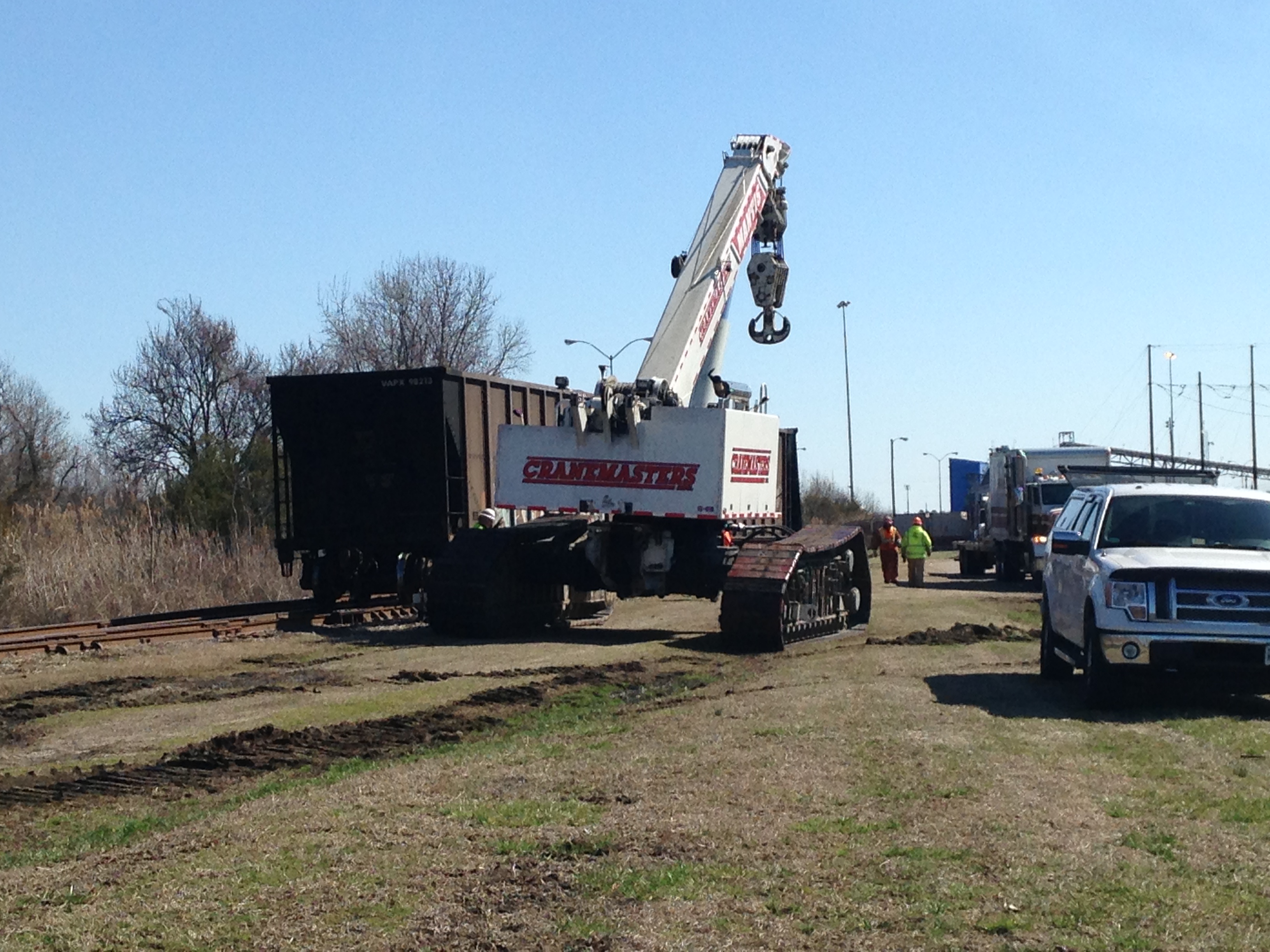 Chesapeake, Va. – Crews responded to the scene at Shell Road and S. Military Hwy. on Friday morning due to several coal cars that traveled off the tracks at the train crossing just after 7:00 a.m.

The train was leaving the Dominion Chesapeake Energy Center when there was a miscount of the number of cars that triggered a safety switch; four empty cars then came off those tracks. The safety switch is intended to move the train to a second track, which is aimed at stopping the train, NewsChannel 3 has learned.

The train is expected to be moved and upright by this afternoon.

A crane was transported from Richmond to assist in lifting the coal cars.

There are no injuries reported.