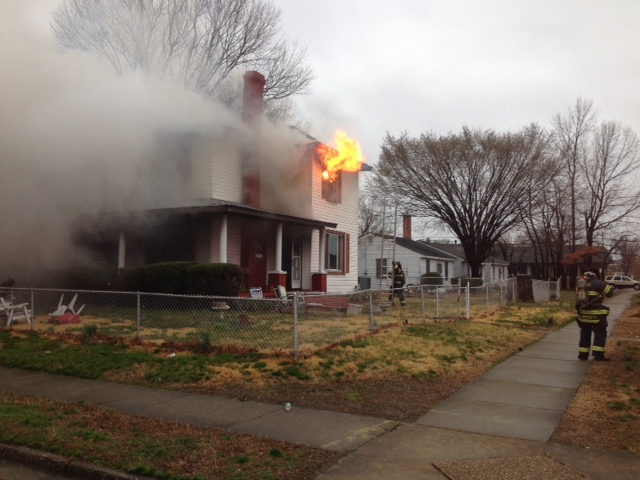 Newport News Fire crews responded to the scene of a structure fire in the 3200 block of Marshall Avenue on Monday morning.

Crews arrived on scene at 8:23 a.m. to find heavy fire conditions coming from the front of the two-story structure.

It was determined that no one was home at the time of the fire. The fire was under control at 8:49 a.m.

Traffic on Marshall Avenue was shut down for two hours while fire fighters contained the blaze.

The fire caused significant damage to both floors of the home. It has been condemned by Newport News Codes and Compliance due to the damaged.

Two adults were displaced and are being assisted by the American Red Cross.

The NNFD says due to the extent of the damage, a determination of the cause of the fire may take some time.