Hero who saved neighbors from burning home: ‘They had no way of getting out’

Newport News, Virginia - A man is in police custody after a fire was intentionally set at a home on 36th Street near Roanoke Avenue in Newport News Wednesday morning, according to fire officials.

Police have arrested 27-year-old Lawrence Joseph Barnes. He is being charged with arson and four counts of attempted murder, according to the Newport News Fire Marshal's Office.

The arson happened shortly after 4:00 a.m. The fire rapidly spread through voids in the walls, floors, and ceilings due to the old style balloon frame construction, officials say. Fires in this type of structure are difficult to fight due to the many voids which will allow fire to spread rapidly. Fire crews had the fire under control in approximately one hour.

Mark Darden lives next door. He says he was watching TV early Wednesday morning, when he saw the flames.

"It was this high up," Darden says. "Coming up the stairway. They had no way of getting out."

Darden ran to his neighbors’ open front door and shouted for them to come out.

"We heard the neighbors banging on the side of the house, yelling to the top of their lungs," says Adrian Williams, one of the roommates asleep upstairs in the burning home.

At that point, the only way out was an upstairs window. All four jumped. Two were rushed to the hospital for burns and smoke inhalation.

Williams says he credits his life to Darden and the other neighbors who rushed to help.

"If wasn't for the neighbors I would probably be stuck inside,” he says. “All of us probably would have all been stuck inside"

30 firefighters responded to the blaze. One firefighter was treated at the scene for exhaustion. He has returned to duty.

Due to the significant damage to the structure, the house will be condemned.

The American Red Cross - Hampton Chapter is assisting the residents displaced by the fire. 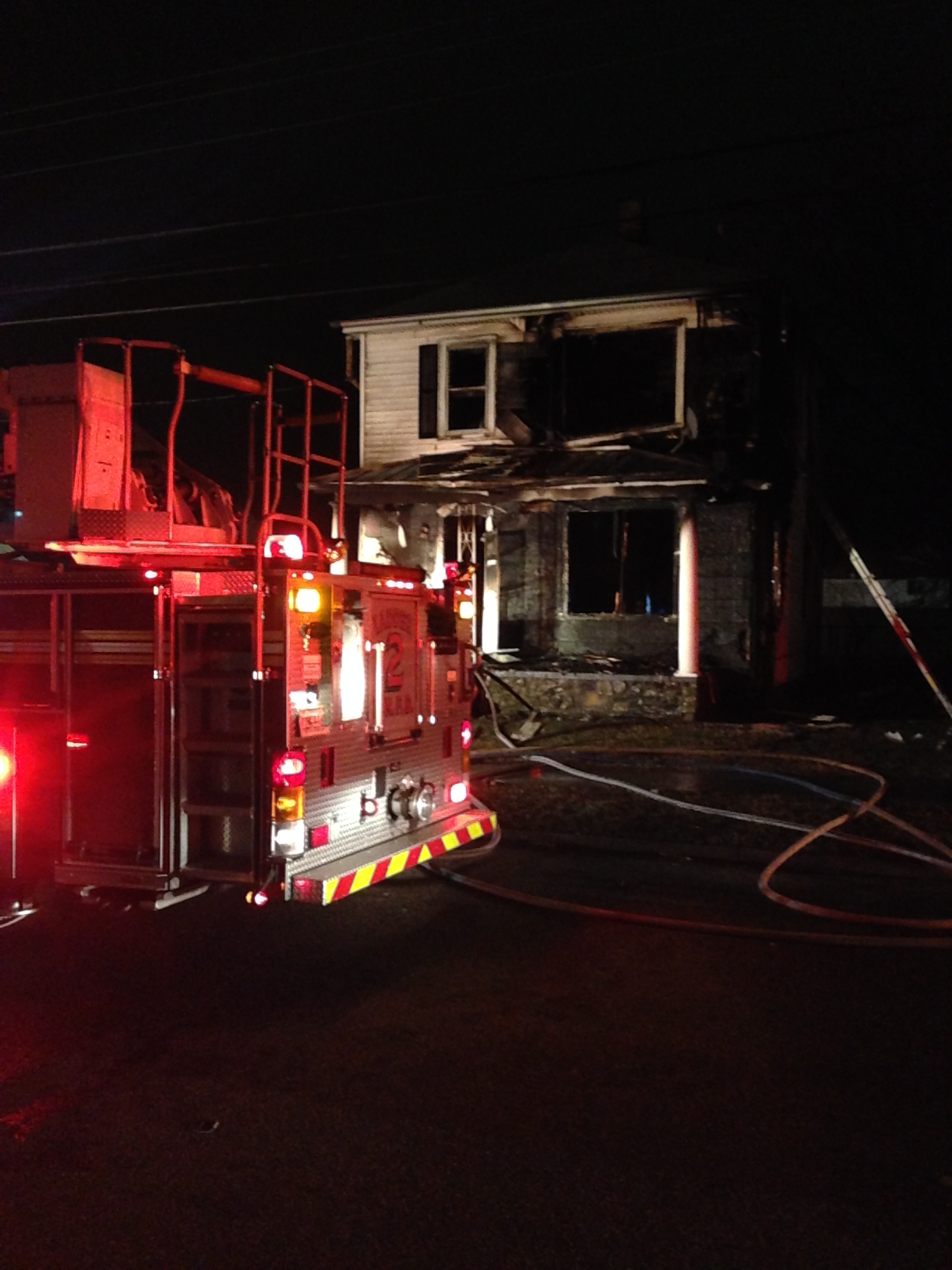