Have you seen these suspects? 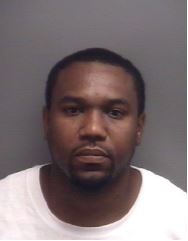 Update: Police say James Wray turned himself in to police.

NewsChannel 3 is taking action against crime.  Take a look at the following people wanted in Hampton Roads to see if you can help police find them.  If you have any information that could help, call the Crime Line at 1-888-LOCK-U-UP.  You do not have to give your name or testify in court.  If your tip leads to an arrest, you may be eligible for a cash reward of up to $1,000.

Police say he is wanted for: Grand Larceny, Larceny with the Intent to Sell and Conspiracy to Commit Larceny

According to police, Wray is  5’7″ tall, weighs approximately 140 pounds, and has gray hair and brown eyes.  He lives in the 1600 block of LaSalle Avenue, Portsmouth

Police say they have been looking for Wray since January.  According to police, in December Wray was spotted pushing a dolly with an A/C unit in the Prentis Park section of the city.  Detectives later learned it had been stolen from someone’s house.

Police say he is wanted for: felony probation violation stemming from first-degree murder, use of firearm in commission of a felony, robbery and possession of a controlled substance

Police say he is wanted for: 5 counts of obtaining money by false pretense, felony shoplifting, and larceny (third offense)