PHOTOS: Seahawks soar through the air during change of command ceremony 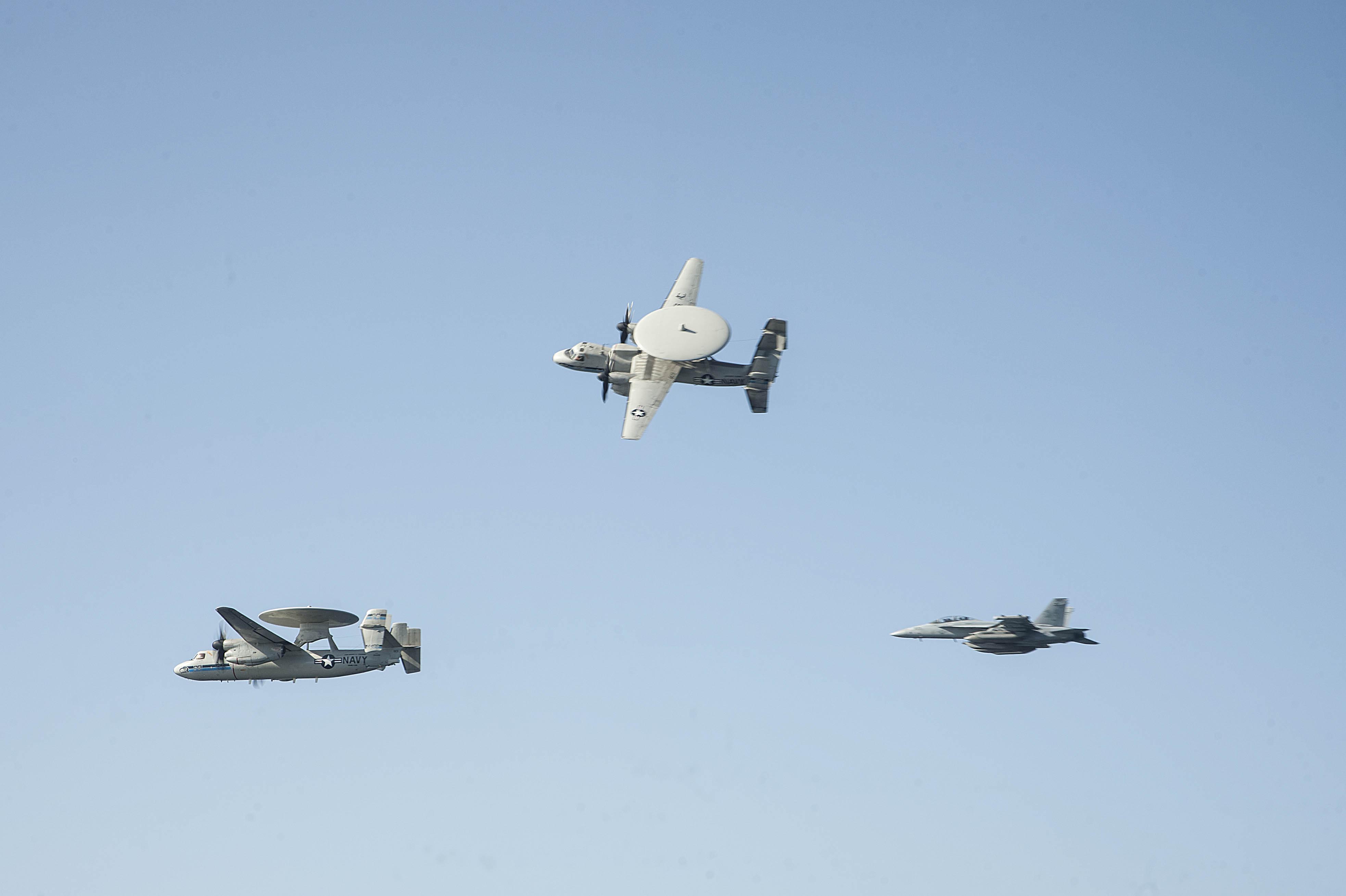 The Seahawks put on quite a show during an airborne change of command for Carrier Airborne Early Warning Squadron 126 (VAW-126) above the USS Harry S. Truman on Tuesday.

Cmdr. Przemyslaw Kaczynski has now taken over for Cmdr. John Hewitt who commanded the VAW-126 since the beginning of 2013. During his time, he led his crew to win the Battle of Efficiency Squadron while on deployment in 2013-2014.

“It has been a privilege and an honor to work with some of the finest sailors and officers , and I am very grateful to have worked side by side with some of the best men and women our nation has to offer,” said Hewitt.

Kaczynski previously served as the VAW-126’s executive officer. He says his main objective will be to execute their mission well and to successfully bring all of his sailors and officers home safely from Operation Enduring Freedom.

“I have big shoes to fill but I am ready to step up to the task,” says Kaczynski.