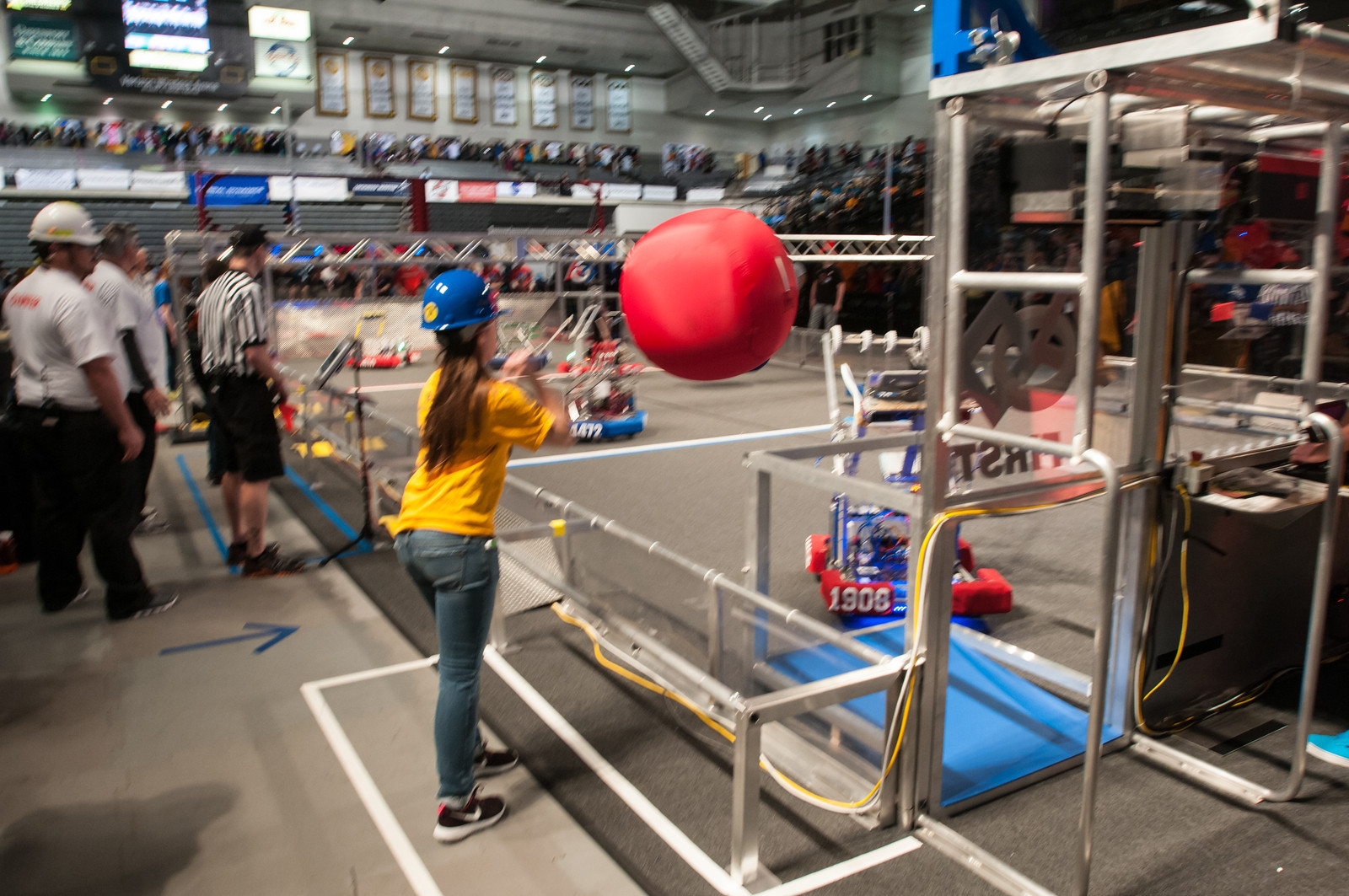 High school students from Virginia Beach and Franklin have qualified to compete at the FIRST World Robotics Championship in April after competing in a regional tournament in Richmond Saturday.

More than 60 teams from Virginia and eight other eastern states participated in the two-day meet, which was held at Virginia Commonwealth University’s Siegel Center.

Five Virginia high school teams and a team from Pennsylvania will be moving on.

The local teams that qualified are the “Builders of Tomorrow,” from Franklin, Va. and “Team FeNix,” from Landstown H.S. Governor’s STEM Academy in Virginia Beach, Va.  Team FeNix was also named Rookie All Stars at the Virginia Regional.

At the robotics tournament, teams designed and built robots that were challenged to collect and toss two-foot diameter exercise balls through goals.  The robots can be up five feet tall and weight up to 120 pounds.

FIRST (For Inspiration and Recognition of Science and Technology) was founded in 1989 to inspire an appreciation of science and technology in young people.