Virginia Beach, Va. - The dogs and puppies taken from a hoarding house in North Carolina got some of their vaccines and check-ups Tuesday.

NewsChannel 3 visited them at the Virginia Beach and Norfolk SPCA centers to see how they're doing.

Part of what the staff is dealing with are physical ailments.  They're seeing dogs that have worn down teeth and are malnourished.  One has a mass on it, another appears to have mange.

Beyond just the physical ailments, though, they also lack adequate socialization.

"They're not aggressive, but they're just really timid.  They're not quite sure what we're doing with them," said Cat Walker with the Virginia Beach SPCA.

They had been living with dozens of other dogs at a home in Murfreesboro, N.C.  Sixty dogs and puppies were taken from the home Monday.

The owner says he became overwhelmed; he was breeding Australian Shepherds and also took in rescues.

The Humane Society says many were neglected.

"They came from a pretty awful situation, as we all know, but they're now in the best place they've been in a long time, if not ever," said Robert Blizard with the Norfolk SPCA.

Some of the dogs could be ready for adoption in a week or two.  The puppies, which are at the Virginia Beach SPCA, will need to get a little older first.  They're four weeks old now and will need to be about eights week before being adopted.

When the dogs are ready to go to new families, the staff says they can already tell they'll make loving pets.

"We can see sweetness already.  Tails are wagging, eyes are connecting, making eye contact, they're gonna be fine," said Walker.

They could use your help, though.  You can take action for the dogs by donating money to help cover some of the costly treatments some will need.

Click here to go to Norfolk's donation page.  Go here to find all of their adoptable animals.  If you're interested in adopting one of the dogs from North Carolina, you can email Kari Vincent at kvincent@norfolkspca.org

Click here to go to Virginia Beach's C.A.R.E. Medical Fund web page and you can find all of their adoptable animals here. 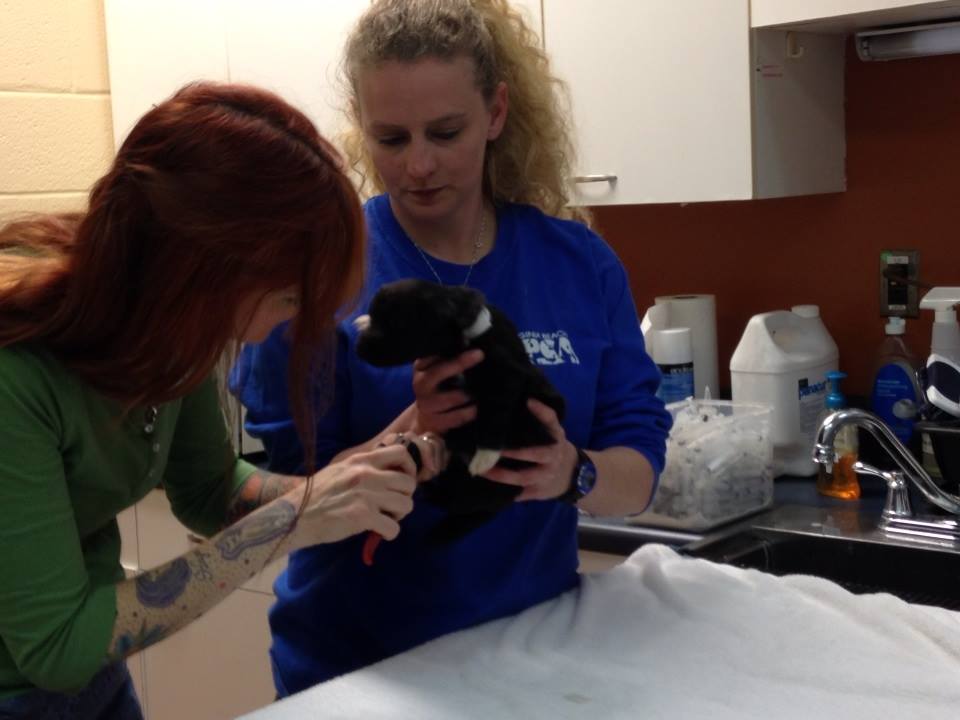