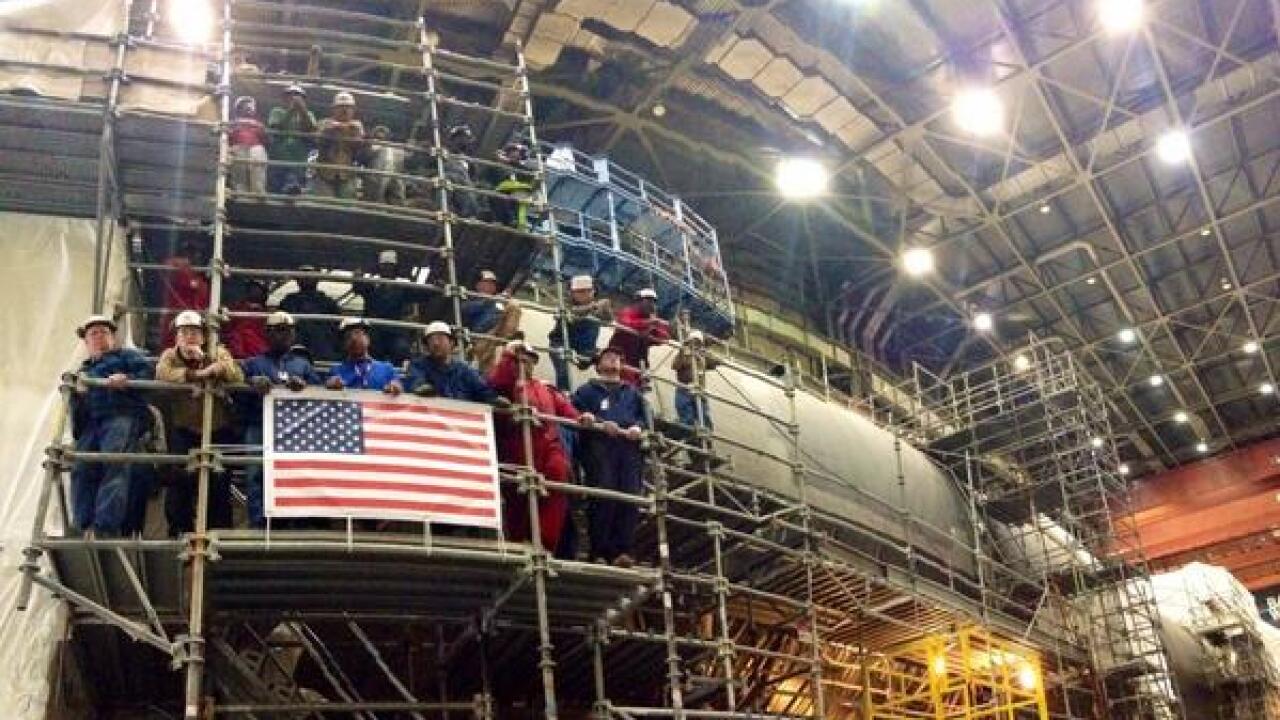 The PCU John Warner, SSN 785, is under construction at Newport News Shipbuilding.

The boat is now "pressure hull complete," which means all of its hull sections have been pieced together to form a single, watertight, unit.

John Warner enlisted in the Navy during World War II.

"I'm the only Secretary of the Navy to have to go to boot camp twice," Warner said with a laugh to NewsChannel 3's Todd Corillo.

He also credited his time in the Navy to contributing to his success in life.

"I would not be standing here nor had these other jobs that I’ve had in life had it not been for a 17 year old kid, joining the United States Navy," Warned explained.

Warner served 5-terms as a U.S. Senator from Virginia, in addition to being Secretary of the Navy in the 1970s.

Still, he says he was humbled by the decision by then President George W. Bush to name the submarine after him.

"One word, humility. I think there was many far more deserving than I but the President said 'I made a decision' and hung up the phone!" Warned recalled.

She's expected to be delivered to the Navy in 2015.

The PCU John Warner is the 12th in the Virginia-class of fast attack subs, but is the first in the class to be named after a person.