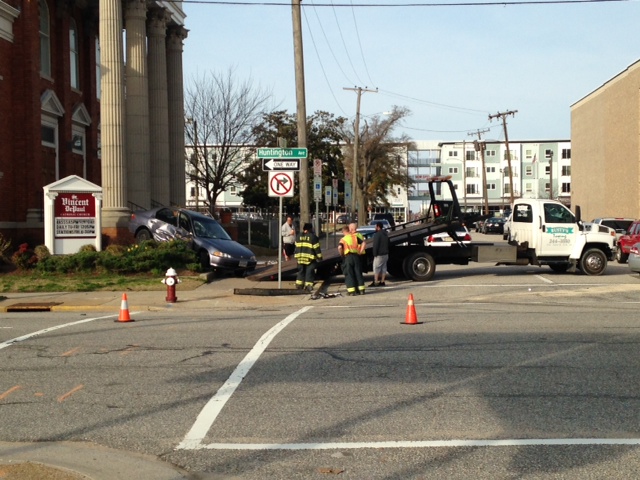 Newport News, Va. – On Thursday morning, emergency teams in Newport News received a call reporting a vehicle crash at approximately 7:48 a.m. at the intersection of 33rd Street and Huntington Avenue.

A silver Toyota Camry driven by a female was traveling southbound on Huntington Avenue and collided with the Honda. After the collision, the Honda came to rest in some shrubs in the front of St. Vincent De Paul Catholic Church.

The 18-year-old Williamsburg man was issued a summons for failing to stop for a stop sign, according to police.