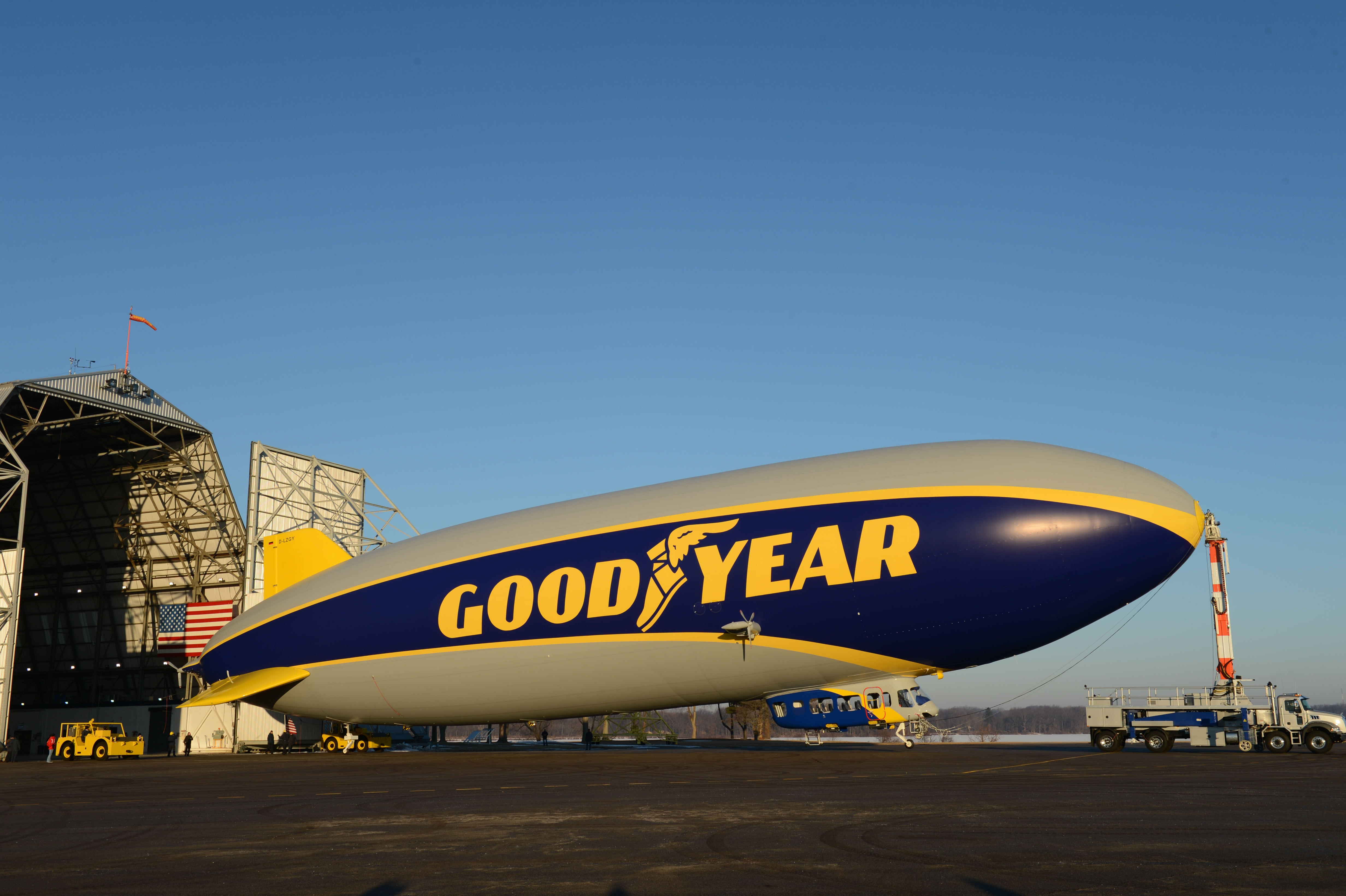 (CNN) – It’s a new era for Goodyear’s iconic blimp. You could call it the Age of the Zeppelin. Cue the guitars!

The Ohio-based tire and rubber company started testing its next-generation airship last month at Goodyear’s airfield near Akron. Yes, this is an actual Zeppelin airship, made in partnership with the German company that dates to before the infamous Hindenburg disaster.

But don’t panic, this new lighter-than-air vehicle is just as safe as its blimp predecessor. It’s filled with helium, not hydrogen like the humongous airship that burned in New Jersey in 1937.

Goodyear is finally closing the door on the GZ-20 models, which came off the drawing board 45 years ago.

In the coming months, Goodyear plans to train more than 10 pilots to fly the Zeppelin NT. (NT stands for new technology.)

If all goes as planned, we’ll be watching this sleek new silver, yellow and blue airship hovering high above sporting events east of the Rockies this fall.

More amenities on the new Zeppelin

So what’s different about this one? It’s faster, because it has three engines instead of two. It’s bigger. It’s more maneuverable. It can carry more passengers. Oh, yeah, and unlike the old model, this one’s got an onboard restroom. Believe me, I can tell you from experience that will be a relief (literally).

Oh, good. Seat belts. The new blimp’s going to have seat belts. The older model didn’t, which shook me up a little when we lifted off at a 25-degree angle with the engines screaming.

When Goodyear Capt. Matt Lussier let me briefly fly one of the older blimps over Atlanta on New Year’s Eve, its engines maxed out about 50 mph. Top speed of these Zeppelins: 73 mph, increasing their range and allowing them to take part in more events.

Lussier instructed me on how to turn the blimp left and right with pedals on the floor. The cockpit aboard the Zeppelin includes a joystick that will more easily allow the pilot to turn and to point up or down.

One thing that surprised me about the older blimp was its tiny gondola, which seats from three to seven people, including the pilot — depending on whether it’s covering a sporting event. The new Goodyear Zeppelin accommodates 12. It’s got bigger “wrap-around windows” that Goodyear says offer improved “sweeping panoramic views.”

I have to tell you, the views on the older blimp were still pretty damn awesome. It felt like we were standing atop the world’s tallest treehouse, looking out for a hundred miles in every direction.

Massive enough to blot out the sky

When you stand underneath a blimp on a landing field, the thing is so massive that it blots out the sky. It’s nearly the length of an American football field. But this new airship is even longer, measuring 246 feet from tip to tail — 54 feet more than the current blimp.

In the older blimps, the two engines are bolted to the gondola. But in the new ones, engines are attached to the “envelope,” the blimp’s helium-filled “bag,” as the pilots sometimes call it. The bag on the new blimp is constructed with a semirigid skeleton to make it faster and more nimble.

It’s all part of a phase-out plan of all three Goodyear blimps; the Spirit of Goodyear retired this year in Florida after a record 14-year career. Eventually, it’s expected to go on display at an undisclosed aviation museum.

Goodyear has launched an online contest to allow the public to name the new blimp.

FYI, airship enthusiasts, Goodyear will continue to call these things “blimps,” even though technically, they’re not. As any “helium head” will tell you, a blimp is an airship without an internal skeleton. These new airships have internal skeletons.

But Goodyear loves the “B” word, so the company plans to keep calling them “blimps.”